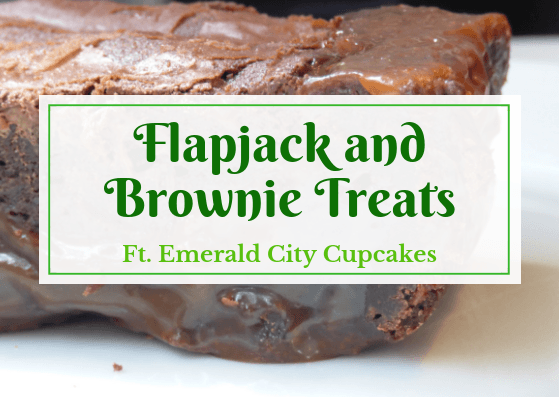 Emerald City Cupcakes are a bespoke cake company run by the “2 Broke Girls”, at least that’s what we knew them as when we first met them. They were dressed up as the characters from the show and selling cupcakes after all. 😉 Their real names are Sue and Char. We met these two lovely ladies at MCM Birmingham comic con and love their flapjacks, cupcakes and brownies. Love is probably an understatement as dad usually eats them out of flapjack at conventions! So much so that they now bring along extra when they know we’ll be coming… We’re also […]