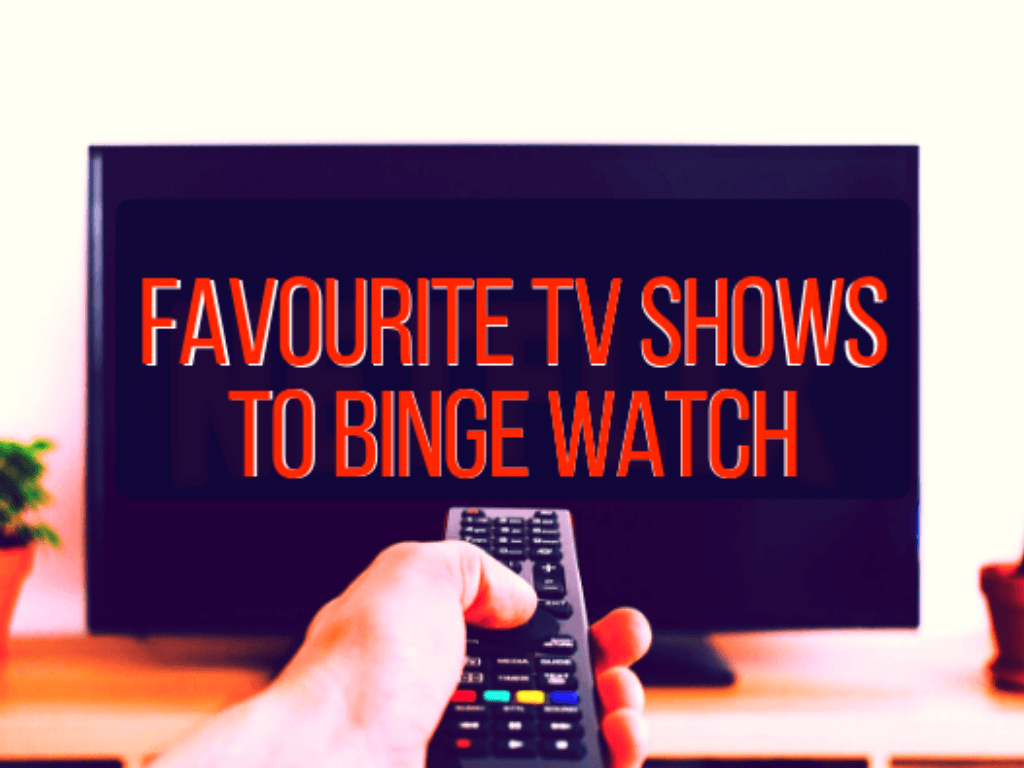 A cosy night in with Netflix or Sky box sets, and some snacks (can’t forget snacks!), is one of my favourite ways to unwind after a stressful day. Whether that’s discovering a new TV show or watching one of my favourites (Buffy the Vampire Slayer is my go to when I need cheering up). I love getting invested in the lives and storylines of various characters. Maybe a little too invested in some cases!

So, with that in mind, here are some of my favourite tv shows and some I’ve been binge watching recently.

Top of the list (and already mentioned) is Buffy the Vampire Slayer, which I’ve been a fan of since it first aired on BBC in 1999. In fact I wrote a post celebrating Buffy’s 20th anniversary which you can read here (if you’d like).

Buffy dealt with a lot of real life issues such as addiction (Willow’s addiction to magic), loneliness (Marcie Ross – the girl who feels invisible on the show becomes invisible), consent, the death of a loved one and sexuality. All while the main characters battle vampires, demons and the forces of darkness.

I couldn’t mention Buffy without it’s spin off show Angel now could I? The themes in Angel took a much darker tone to Buffy which I found very refreshing.

The show deals with Angel trying to find redemption in Los Angeles by “helping the helpless”. I especially loved the cross over episodes with Buffy.

If you’ve watched Firefly you’ll know it’s ~12 hours of great television followed by years of longing. The show was cancelled before it really found itself.

The storylines are well thought out and the writing is full of well placed humour. My favourite character is Kaylee, she’s quirky and a very strong female role model.

Based on the Kathy Reichs novels, Bones follows the life of forensic anthropologist Dr. Temperance Brennan and her parent FBI agent Seeley Booth.

If you like crime shows Bones would be a great addition to your list, with the loveable characters, interesting antagonists and ‘monster of the week’ style side plots. It had me hooked from day one.

If I’m honest when SG1 first aired, I didn’t like it! But years later, when my dad bought the DVD boxset, I gave it a second chance and ended up loving the show.

It’s interesting and humorous. I like the idea that there could be gateways to other worlds and that the government are hiding this from us. It’s a conspiracy theorists dream! 😉 I also enjoy the inclusion of Egyptian mythology in the show.

Admittedly I haven’t seen every episodes of “old Who” yet but I’ve all of the new seasons. Doctor Who is one of those shows that every British person seems to have watched in some form. My earliest memories of Doctor Who were watching Sylvestor McCoy play him.

With so many different story arches, monsters of the week and of course the Doctor’s main nemesis the Daleks, it’s definitely a show you can become invested in. Though I’m still torn between David Tennant or Matt Smith as my favourite Doctor from the new seasons.

From alternate time lines to outerspace Marvel’s Agents of S.H.I.E.L.D is a show that keeps you guessing. There are so many twists in the phone that you’re left pining for the next episode and more so if they have a mid season break. 😢

The main characters are loveable and the villains have been greatly developed. I’m always happy to see the return of Hydra on my screen and enjoy the little references to the Marvel movies (such as Captain America).

I’m looking forward to seeing what they bring to the show later this year.

I was hooked on this show from the first episode and binge watched the first season in less than week! Yes it’s a bit adolescent in some cases but I enjoy “who dunnit” storylines and Pretty Little Liars has plenty of them. I guarantee you’ll spend most of your time theorising who ‘A’ is.

I binge watched the first two seasons last year (2018) and can’t wait for the 3rd season. It’s a great nerdy show with some dark themes which so right up my alley! With a bunch of 80s references and great a antagonist, it’s definitely becoming one of my favourites.

Admittedly I was a little late watching Game of Thrones and binge watched the first 5 seasons before 6 aired. But I haven’t looked back, it’s a great show with many twists and turns underneath all the blood and gore, ugh and sex scenes!

Another one I was late to the party on. The Walking Dead has some great early seasons and a mix of good and bad middle seasons. But I feel it’s found it’s feet again with season 9a and I’m looking forward to 9b later this month.

What are some of your favourite, binge-worthy TV shows? Let me know in the comments. 😊