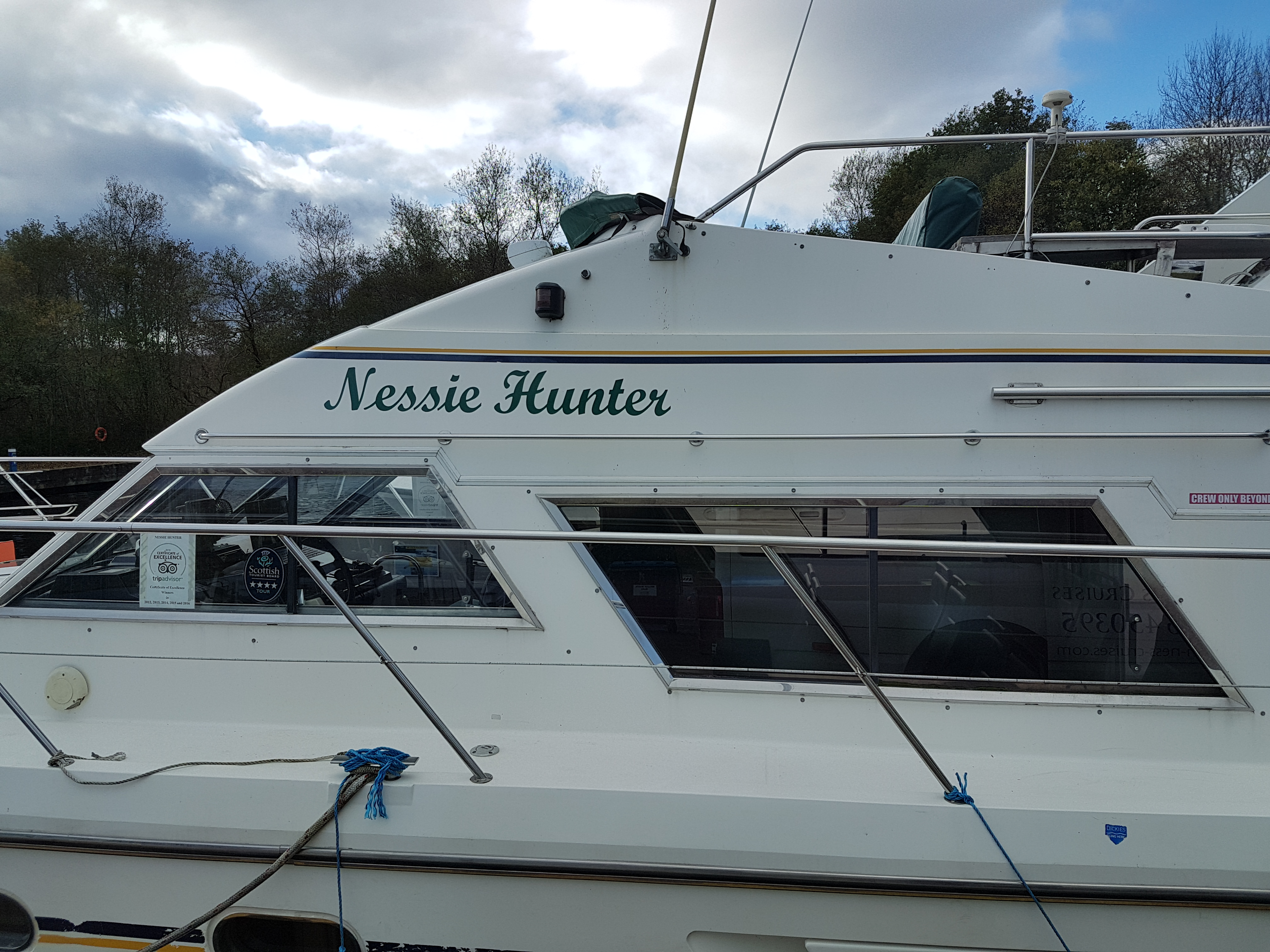 It’s been a while since I last posted and even longer since my Scottish road trip back in October! I’ve been suffering with my mental health and took a break from blogging as well as social media. Ryan and I broke up in early December as well.

After our tour of Fort William and Ben Nevis we headed further north to Loch Ness with hopes of finding the Loch Ness monster. 😉 We stayed at the Loch Less exhibition centre and had a Nessie hunting tour booked for the afternoon.

The captain who took us out into the loch was very knowledgeable and happened to be the old life boat captain. He claimed to have sighted the monster and had some convincing photographs dotted around his boat : Nessie Hunter.

The views from the loch were stunning and I’d highly recommend it. Although we didn’t have any monster sightings.

After our tour of the loch we went for a walk through the town and stumbled upon a map of various walks and hikes in the are. We went on a short hike to a nearby waterfall. Simply breathtaking.

That evening we went to a local pub for a bite to eat and had a whiskey tasting session. We came home with some glasses and a water dropper so we could sample more Scottish whiskey at home.

I didn’t want to leave the next morning and could quiet easily have booked a night’s stay on our route home. Ryan had other ideas. As it turned out we experienced severe delays on our drive home and the 9 hour journey south took 12 hours due to delays on the motorway and many detours!

I fell in love with the Scottish highlands during the short time we were there and have an itinerary already planned for my next trip. 🙂