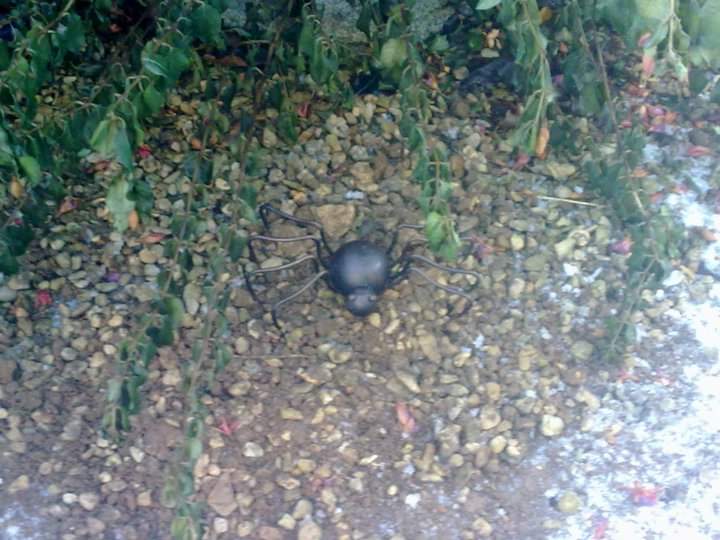 My Tarantula Died From a Bad Molt – R.I.P. Hermy

For those that don’t know we have a few exotic pets in our family. Great African land snails (named Bryan, Swirly, Slug-a-lug and Gary) and a male Chilean Rose Hair tarantula (named Hermy). Sadly my tarantula died last week from a bad molt. 🙁 I’m devastated. Hermy had been part of our family since 2008.

Now I realise a lot of people hate spiders, but Hermy was my pet. I was attached to him like any person is to their pet; like a cat owner to their cat or a dog owner to their dog. I enjoyed watching Hermy crawl up the sides of his enclosure and back down, and to watch him at work spinning webs.

How Hermy, my tarantula died from a bad molt.

Tarantulas, like other animals with an exoskeleton, shed their skin (known as a molt). During this time they are very vulnerable and exposed; sadly, deaths from a bad moult are common and that’s what happened to Hermy.

When tarantulas molt, their new exoskeleton is so soft that for a while they basically have no support at all, and they can easily be crushed by their own weight. Hermy got his legs stuck and was unable to free himself from the old skin. A few days later she began to move around the enclosure with part of her moult still attached to her legs.

He became very lethargic and stopped eating. We placed a wet tissue near her so she had access to some water/moisture to keep her hydrated and tried to coax her with some crickets. He died a few days later.

We found Hermy in the “death curl” position and her abdomen sunken. I shared a few photos with the Tarantula Boards forum who thought he may have been a mature male going through his final molt.

Dad suggested we bury him in the front garden and I picked up a spider garden ornament to use as a marker.He’s buried opposite the pine tree.