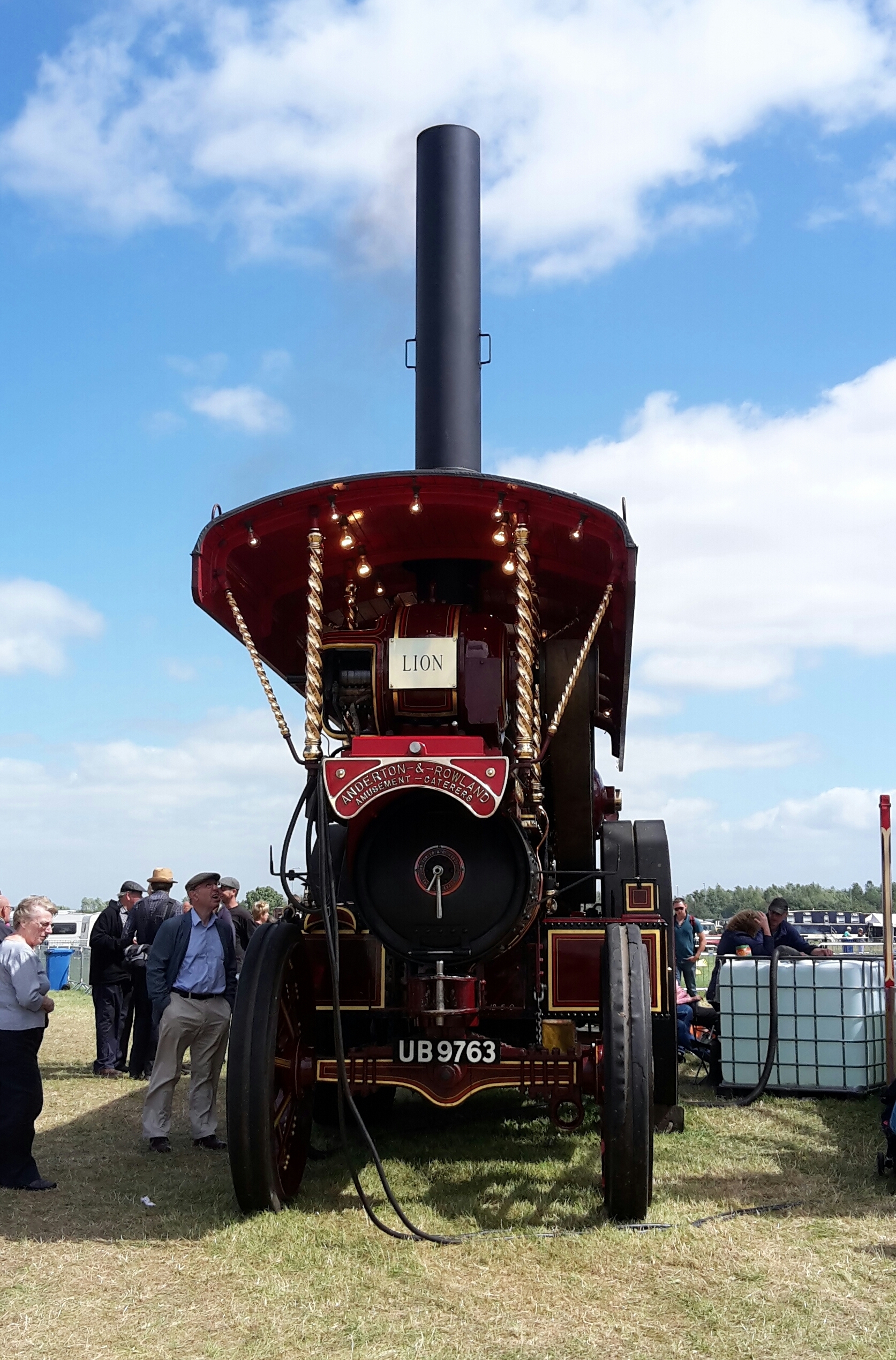 The South Cerney steam rally or the Gloucestershire steam & vintage extravaganza as it’s now more commonly know, is a three day event at South Cerney Airfield and has been an annual event for the past 42 years.

This year’s event took place on the 5th – 7th August. My family and I have gone to the event every year for as long as I can remember, it’s a fun show to attend.

There is always a huge collection of classic American cars and trucks such as Mustangs, here is one of my favourites from the event – it’s purple (-ish)!

Without a doubt, my favourite part of the event is watching the steam and traction engines in the arena and moving around the venue. Most of them are family owned meaning they’ve been in that family for generations and each new generation gets taught how to operate the engines. There are some opportunities to have a ride in some of engines and other vehicles.

We have a bit of competition between us on who can spot the most VW campervans, last year we spotted five and three the year before. This year there were three.

As well as the array of vehicles on display there is also a steam driven vintage fun fair, including a merry go round (which mum and I went on 🙂 ) and Ken Fox’s Wall of Death, one of the last original Wall of Deaths dating back to 1929.

Often there are aieral displays with aerobatic teams and parachute jumps, but these events vary each year and tend to be on Saturday as it’s, generally, the busiest day. This year we went on the Sunday.

The show is also home to many traders and stalls selling a wide range of vintage items (a couple of years ago I bought a vintage ottoman which I plan to restore), tools of the trade, vintage toys (there was a stall selling a lot of Star Wars toys this year including a near mint AT-AT) etc.

There are also some exhibitors showing Victorian memorabilia ranging from antique sewing and knitting machines and model dolls houses to vintage garden tools, cycles to home wares and some miniture model displays.

Outside the tents and marquees there are exhibitors showing steam powered machinery, my favourite has always been the baking machine / mill but it wasn’t at this year’s event. 🙁 However, I did see a steam powered Singer sewing machine, as well as some embroidery machines, a steam powered waterwheel and a sink where the steam engine was pumping the water.

The craft tent (and some of the outside areas around the venue) offer wood turning demonstrations. These are a few of the things available to buy and that you can see being made.

As a country show there are also animal displays with poultry, Shire Horses, rare breeds, Alpacas and Ferrets with an arena demonstrating Horse Logging, Falconry and dog agility. There’s also ferret racing throughout the day.

We had breakfast, and lunch(!) at one of the many food stands at the event but there are also areas to have a picnic and a lovely vintage tea room and, if you fancy it, the option to have a pint in the beer tent.

As it happened Sunday was the perfect day for a picnic, it hot and sunny but also very windy at times. Unfortunately the forecast was supposed to be rain so we took umbrellas and did not and to apply sun cream. I have a very sun burnt face. Ouch!

The event raises money for both regional and national charities and is a fun filled day out for families. I still enjoy going as an adult and it has become a great family tradition of ours. We also go to a pantomime every year, another family tradition!

^^ One of my favourite model displays I saw at the event.