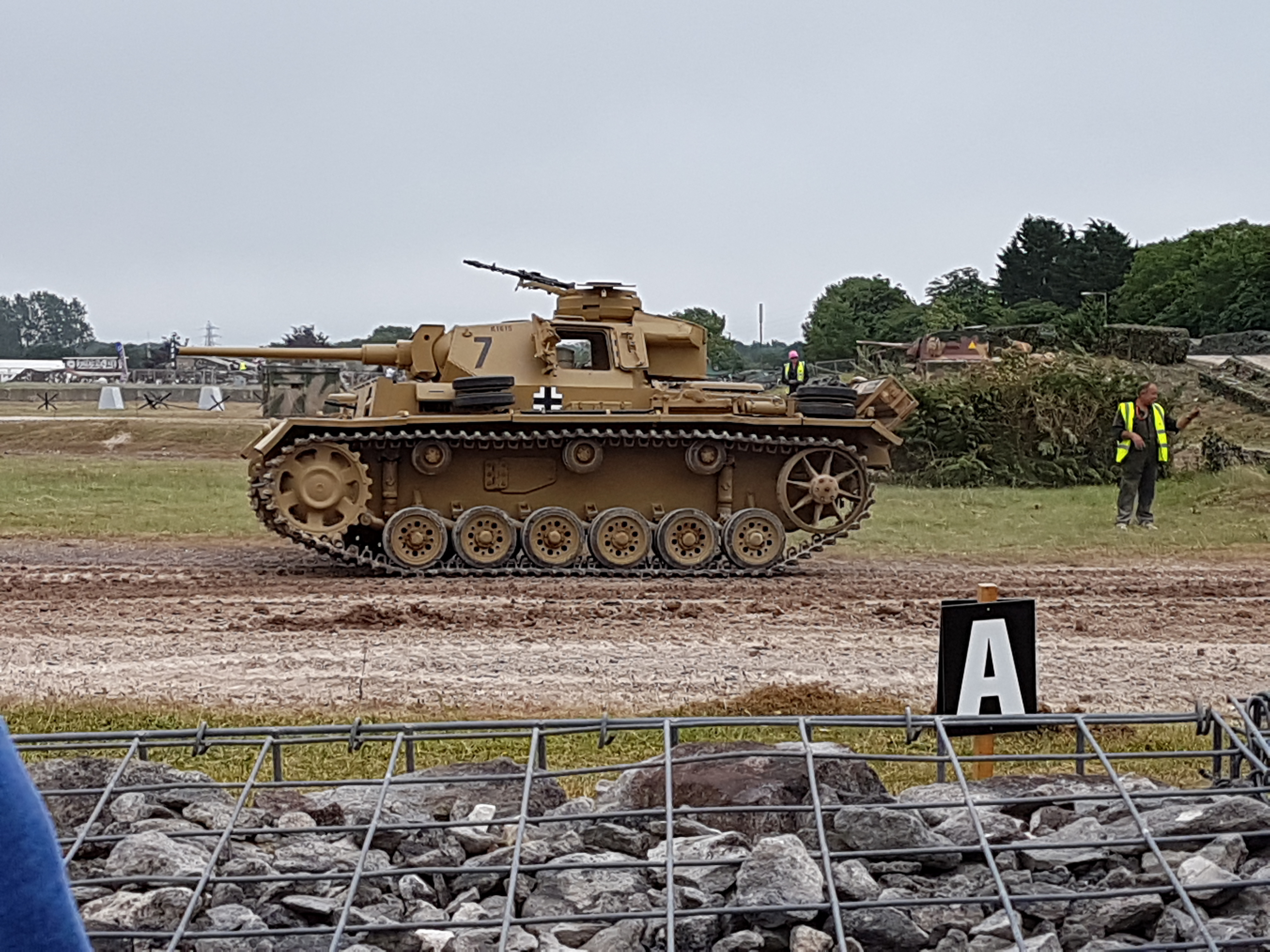 I briefly spoke about the Tank Museum at Bovington in my Weymouth – a trip down memory lane post. I’ve been to the museum countless times as a child and in recent years have been attending their Tank Fest event where they have stalls, displays, reenactors and an arena battle. It’s a great event and I enjoy learning about the history of the tanks they have at the museum. They also host other events such as Tiger Day (which is specific to the Tiger tanks) and a Dalek / Sci-fi convention.

We left home at 6.30 this Saturday morning and arrived in the car park a little before 9am… Fun fact, Money World is half a mile down the road from the car park! I’ve made a mental note to go back their in the near future.

There was heavy security at the event including extensive bag searches and armed police. Which is likely in response to the recent terror attacks in both Manchester and London, which is understandable. I was very impressed by the thoroughness of the bag searches and how well organised the event was.
Once we got into the museum grounds we headed straight for the food court to have some breakfast – sausage baguettes, which were delicious!

The weather at Tank Fest in the past has been unpredictable, we’ve had glorious sunshine when rain was forecast (I got badly sun burnt that year) and torrential rain when it was supposed to be sunny (last year found us huddled on an outdoor blanket under an umbrella!). This year I packed for both – sun cream SPF50), umbrellas, coat, sun hat etc… It was overcast and chilly all day but, I still got sun burnt. ⛅

The Tiger collection was very crowded due to the popularity of the exhibit, the addition of the Elefant, and the fact that the Tiger I would not be in the arena over the weekend. I’m told it’s because it needed maintenance after the museum’s Tiger Day back in April.

This Tiger I is the only fully functioning Tiger tank at the museum, and was also used in the movie Fury starring Brad Pitt.

The Mark IV tank was in the World War I section of the museum after the World War I trenches and front line displays, the museum also have a movie replica of the same tank. My dad was very happy the museum has added one to their collection as he is modelling hobbyist. He hopes to make a model of this tank in the future.

In the next hall were further tank displays, including an exhibit on the movie Fury, a children’s play area and a small cafe. We stopped to have a coffee and a light lunch, I also used the pressed penny machine and picked up two more for my collection. 🙂 From where we were sat we had a great view of a swing dancing act, which was really fun to watch, after they’d finished the instructor tols us they’d be back every hour on the hour and were offering lessons. Unfortunately we never did make it back there! We had a packed day watching the arena displays.

In the grounds of the museum were tank displays and reenactors, as well as many stalls selling military paraphernalia.

The tank above is the only one of its kind still in existence and is on loan to the tank museum for this year’s Tank Fest. My dad said seeing this tank in the flesh was the highlight of the day for him, he took hundreds of photos from various angles.

This next tank is a replica Mark IV which I spoke about earlier, it was used in the movie War Horse and was gifted to the museum afterwards.

At 1 o’clock we headed to the arena and chose a spot on the grass ready to watch the displays. The seating area is on a hill and you’re asked to remain seated, only the front row (not on the hill are permitted to stand) so the view isn’t obstructed for people further back. Unfortunately many rude people ignored the instruction and our view was obstructed for most of the displays. We complained, along with many others sitting near us and some people, eventually, sat down. This was the only low point of the event but didn’t spoil our day.

The arena displays started off by a fly by from a Chinook Mark 5 helicopter which was on it’s way to another event. It was spectacular on watch it sore above us.

Next up was a history lesson, the tanks entered the arena and a comminator went through their history both in war and at the museum itself, the tanks ranged from The Cold War to World War II.

There was a short intermittion while the museum staff set up for the battle reenactment, this year’s was the battle of Normandy 1944.

The battle reenactment (as always) was fantastic with pyrotechnics, simulated gun shots, reenactors and the tanks being driven into position.

After the battle we all stood for a minutes silence to remember the fallen, not just in this war but all wars. It was a very humbling experience.