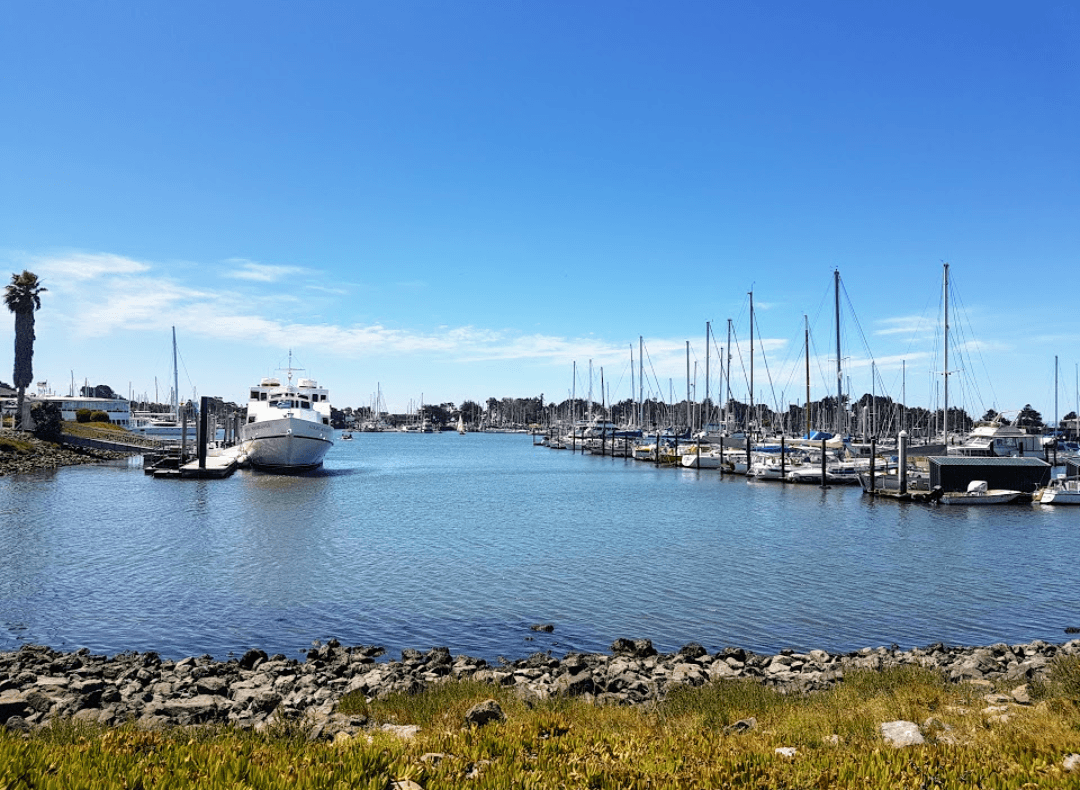 Following on from my last post, I’d like to mention that I didn’t sleep at all on our flight to San Francisco and had been up for roughly 15 hours by the time we landed! I felt anxious as we went through customs control worrying if they’d let me in the country, 😅 but got through very quickly. I needn’t of worried.

Arriving in San Francisco we hopped in a taxi and made our way to our hotel, Double Tree by Hilton at Berkeley Marina (the featured image – copied below – shows the view from our hotel).

We opted to stay in Berkeley due to costs and its close proximity to the theatre we were going to on Saturday. Unfortunately what we didn’t factor in were the costs of the Ubers or taxis back and forth! Oops.

After checking in we headed to Wal-Mart. Yes you read that correctly – as my first time in America I wanted to see what the fuss was all about and pick up some American snacks to eat, and some to take home with me. I fell in love with Lucky Charms!

After spending too much time (and money 😉 ) in Wal-Mart we headed to a nearby American diner for dinner. It was everything I expected from retro themed decor to the juke box in the corner but what I didn’t count on was how large the portions sizes were! I had a short stack of pancakes and there was nothing ‘short’ about it!

The next day was largely spent at the theatre where we watched both parts of Angels in America at the Berkeley Repertory Theatre.

Angels in America is set in mid-1980s America, in the midst of the AIDS crisis and a conservative Reagan administration. In which New Yorkers grapple with life, death, love and sex. It’s not for the fainthearted.

We saw both parts in one day with an hour break for lunch! The play was beautiful – I had goosebumps throughout, I cried and was left very humbled after seeing it.

I preferred part one to part two and we were lucky enough to meet all of the cast after the play.

After a busy Saturday we had a lazier Sunday morning, I went exploring the local area near our hotel and stumbled upon a kite festival.

I wanted to explore of Berkeley Marina but a friend was driving down to visit us from Sacramento, so I had to cut things short.

Once she arrived along with a couple of others we went to The Black Bear diner to grab some food – I loved this place, especially the decor. I chose a pasta dish which was delicious but the portion was huge. Again! I regretted my side order of sweet potato fries.

After lunch we spent the afternoon exploring the Indian rock park. It was high up and we got some stunning views of the city through the trees.

Tired and hungry after our energetic afternoon we headed back to Berkley and grabbed food at Bobby G’s pizzeria / sports bar, which served the most delicious vegan pizza I’ve ever tasted! 🍕 💛 I struggled to find good dairy alternatives where I live so this was a nice surprise.

Side note: If you’re new to my blog, I’m not vegan but I am allergic to dairy.

We packed quite a lot into our first few days in California but still had loads more to come, sightseeing in San Francisco city centre, Alcatraz island and a day trip to LA-LA land. ❤

Thank you for reading. I’ll be posting part 2 of our trip very soon. 🙂