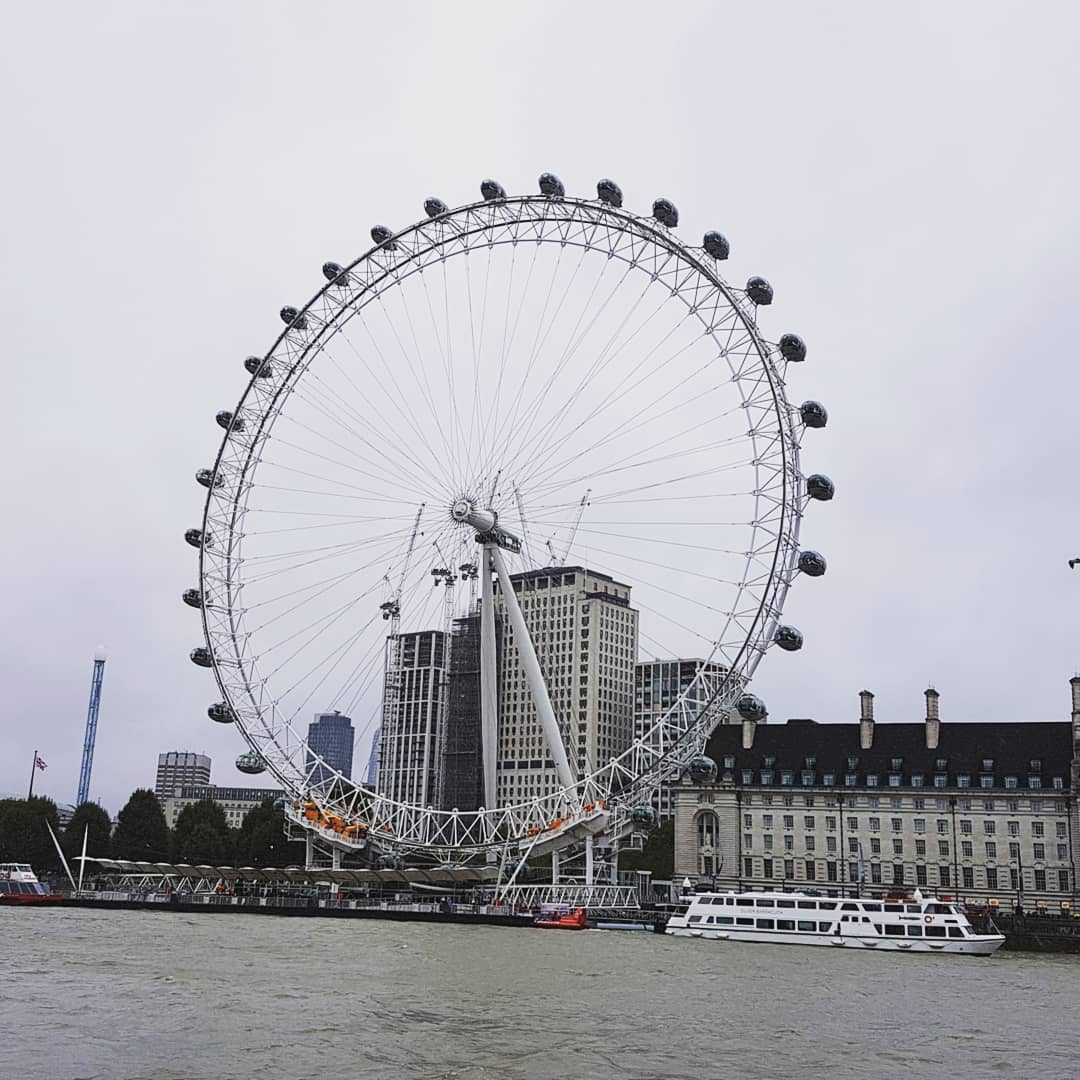 Last Saturday Aaron and I were on the National Express coach on our way to London. Which was his first time in the city! He wasn’t really sure what he wanted to do or see except for “Big Ben”.

Massive thanks to Ellie and Lauren for their ideas of what to do in London with a first timer.

In true British fashion it tipped it down – putting a dampener on our sightseeing walk plans. But we adapted and still had a fantastic rainy day in London.

We got into Victoria Coach Station at 10.30 and headed for Victoria tube station. Our first stop? Camden Lock Market for breakfast.

Showing Aaron how to swipe in and out of the tube station was an enjoyable experience. Along with teaching him how to navigate the London tube maps.

I swear by the London tube map app but also keep a screenshot of my planned route just in case I lose signal.

Tip: You can save money on the tube by using an Oyster card or a contactless bank card instead of day travel passes.

When we hit the first food area – Aaron was like a dog that had been thrown too many balls and didn’t know which one to go for. He had trouble choosing which food he liked best but ultimately went for curry.

We spent some time wandering around the variety of stalls throughout Camden Market and I couldn’t help but nip into Millennia. I managed not to buy everything I laid my hands on lol! But still think I should have got a selfie with their Deadpool or giant Incredible Hulk statues. 🤔 Next time!

If you’re spending more than one day in London, why not hop on one of the canal boats from Camden to Little Venice or London Zoo?

With our bellies full we hopped back on the tube and made our way to North Greenwich. Our plan was to ride the Emirates Air Line across the River Thames, which are cable cars.

I told Aaron about the cable cars when we were planning our trip and he was excited to ride in them.

Even though it was raining hard we still had fantastic views. The high winds were also rocking our cart slightly which made me wonder how windy it would have to be to close them for the day.

During our trip across the Thames we saw the O2 Arena which we plan to climb up in the near future, and the Thames Barrier.

I’ve heard you can take river boat cruises over to the Thams Barrier which is something we’re also going to look into. Has anyone ever done this?

Tip: You can save money on the Emirates Air Line with an Oyster or Day Travel Card or by booking a trip on the boat bus.

Safely back on, not so dry land, we made our way to the pier and caught the boat bus back into central London. Which had on board toilets and a cafe selling sandwiches, soft drinks and some alcoholic ones.

We managed to see all the sites we’d planned to walk around including Tower Bridge, The London Eye, Shakespeare’s Globe theatre and The Shard.

Going under Tower Bridge itself was one of the highlights of the boat trip for me and I’d highly recommend it as an alternative to the tube or if the weather’s too bad for walking.

We decided to get off at Westminster so Aaron could see Elizabeth Tower (“Big Ben”) which is covered in scaffolding until ~2020.

It was a case of blink and you miss it as he didn’t recognise the monument at first! He pulled out his phone to take some photographs and was pleasantly surprised to find out it was a Pokémon Go gym. We enjoy playing the game together so decided to take the Big Ben gym for team mystic (“blue”).

We walked past Westminster Abbey and headed to our next stop – Buckingham Palace. Along our route we saw the changing of the guard and the entrance to Downing Street.

We had a lovely but wet walk through St James’ Park and collected more Pokémon along our way.

Side note: Buckingham Palace is also a Pokémon Go gym. 😉

We walked around the roundabout that surrounds Buckingham Palace and up to the gates to watch the guards pacing up and down in their stations.

Time ran away from us though and we nearly missed our coach! We left ourselves with 15 minutes to walk back to Victoria coach station and made it with 3 minutes to spare. Phew! Next time we’re planning to get a later coach back so we can fit more in.