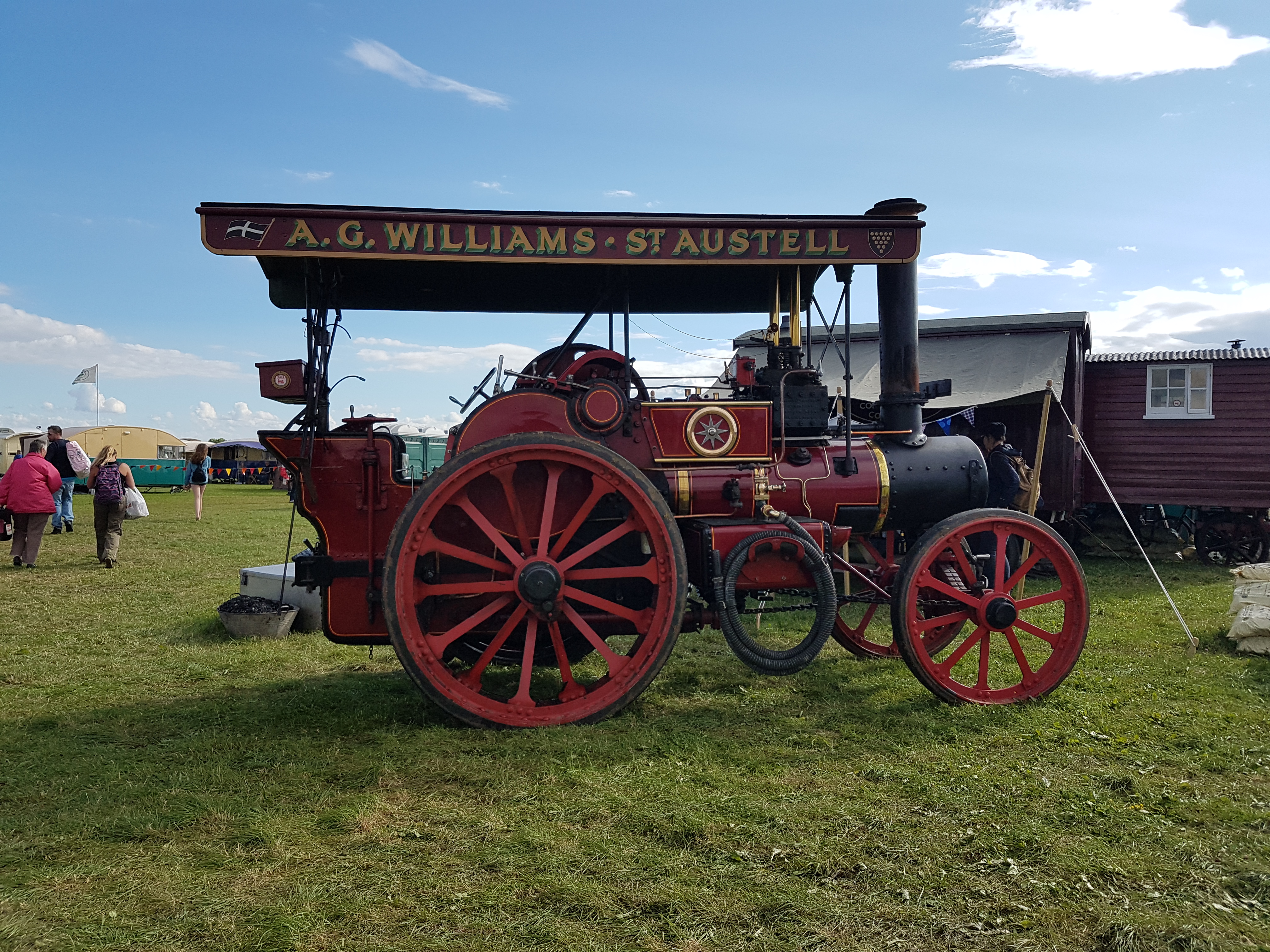 The Gloucestershire Steam and Vintage Extravaganza 2017

The Gloucestershire Steam & Vintage extravaganza A.K.A. The South Cerney steam rally was last weekend and I went along on the Saturday with my family, another yearly tradition we have. 🙂

Unfortunately it rained. A lot. We were constantly darting in and out of the marquees and trade stands in a vain attempt to stay dry, but it didn’t spoil the show for us! I’m very glad I wore my boots and took a jacket with me.

We started off with breakfast (bacon rolls) from our favourite food stand but there are also areas to have a picnic (unsurprisingly we didn’t see anyone choose this option due to the weather), a lovely vintage tea room and, if you fancy it, the option to have a pint in the beer tent.

The marquees we spent most of our time darting in and out of are home to craft stalls and model displays, and the trade stands sell a wide range of vintage items, tools of the trade, vintage toys (there was a stall selling a vintage Thunderbirds table cloth this year!)

Inside the craft marquee was a wood work demonstration and I picked up a little wooden penguin. 😍🐧

My favourite part of the show is seeing the larger steam engines on display in the arena and playing “spot the campervan”. 😉 We have a bit of a competition to see who can spot the most, last year we spotted three, the year before it was five and three the year before that. This year we spotted a (record breaking) 12 VW campervans at the rally! They’re one of my favourite vehicles and I hope to own one someday.

As well as the array of vehicles on display there are also exhibitors outside showing steam powered machinery and a steam driven vintage fun fair.

This year I saw two steam powered mixers / barrels on display that I’d never seen at the show before. It was fun to watch them spinning around.

The fun fair includes a merry go round (which mum and I always go on, another tradition!), a ferris wheel, Waltzers, hook-a-duck game and more. We got to it fairly late in the day so were able to have a longer hide on the merry go round than usual! Which was a bonus. 🙂

As a country show there are also animal displays, although we didnt see much of this area due to the weather and time restraints but we did see some ferrets, birds of prey and a couple of alligators in a blow up pool!

We had lunch (6oz burgers) at our favourite food stand and watched one of Saturday’s aerial displays while we ate. The display was of three parachute jumpers and I snapped a couple of photos of their decent into the arena.

We actually ran out of time at the show and missed some of other exhibitors, which shows how big the show has gotten in recent years. We’re thinking about going for the two days next year.

It’s a great event and raises money for local and nationwide charities. I’m looking forward to seeing what they have this time next year.