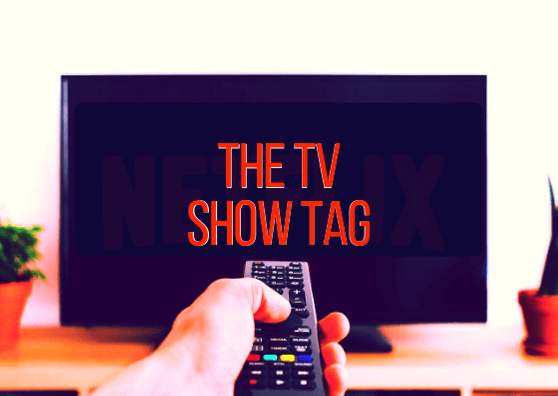 Seeing as how I’ve just finished binge watching season 3 of Stranger Things – which was great by way(!) – I thought now would be the perfect time to answer the TV show tag. I first found this tag on stars and sprinkles blog, so make sure you check out her answers. If you want to do this one yourself, consider yourself tagged. 😊

Science fiction, horror or shows that combine the two (like the aforementioned Stranger Things).

Definitely Buffy the Vampire Slayer. I’ve seen that show so many times over the years – in fact I think it’s time for another binge watch. 😉

Do you prefer watching things week-by-week or binge-watching?

To be honest I’m used to the weekly format but I’ve always hinges my way through both Sons of Anarchy and Orange is the New Black. I think it depends on the show for me.

It has be Willow/Tara from Buffy and Angela / Hodgins (Bones).

Show you could never get into?

Supernatural. I’ve tried to watch it a few times but could never get into that show.

Show you fell out of love with?

Casualty or Holby City. I used to watch them religiously every week with my mum.

I still love watching some of my childhood favourites such as Tugs, Raggy Dolls, Fraggle Rock and the Dreamstone. Also Tattoo Fixers.

What are you currently watching?