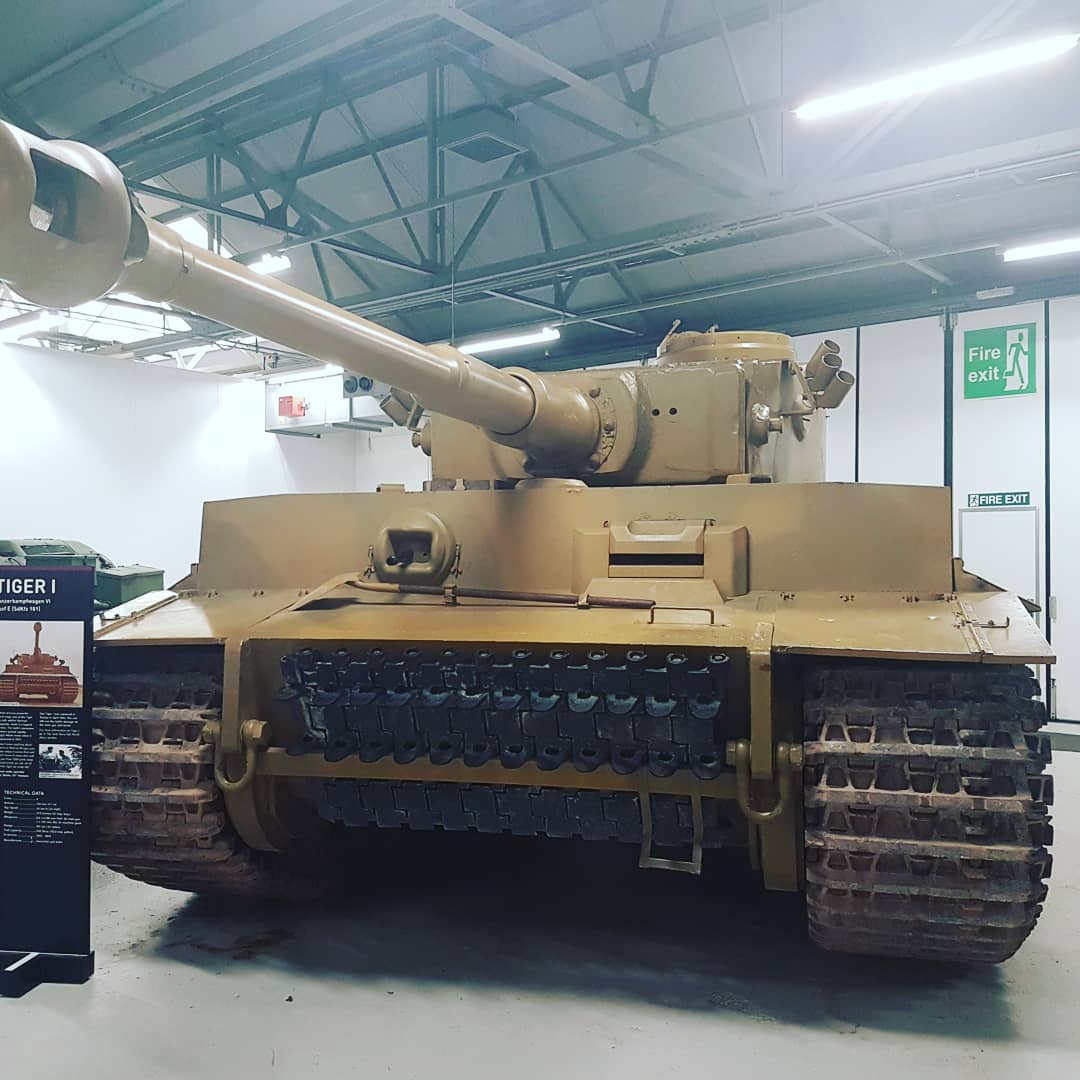 This past weekend my parents, Aaron and I headed down to the Bovington Tank Museum (near Weymouth), for their annual Tank Fest event, where we had the great opportunity to learn a little more about military history. With a day full of displays, armoured vehicles and reenactments.

If there’s one thing Tank Fest excels at it’s the arena displays which are always the highlight of the day for me. Even if it is pouring down with rain! Honestly, we always joke about the weather at Tank Fest, it either pours down with rain or is boiling hot. There’s no middle ground.

This year saw the latter and I’m pleased to say I didn’t get much sun burn. Only a tiny part of my shoulders, which I’m blaming on Aaron. 😅 I couldn’t reach so he kindly applied (and reapplied) the sun cream.

For those interested, my go to sun creams are Nivea SPF50 or Garnier Ambre Solaire SPF50. I have very pale skin and these are the only two that really work on me. I also used my Ultrasun SPF30 lip balm that I won in Sophie’s ‘first year favourites’ giveaway.

Once we got into the show grounds we headed straight to the food stalls for some breakfast, a foot long sausage baguette, which was delicious and set us up for the day. This was followed by browsing the stalls which sell a wide range of military model kits and paraphernalia, and marvelling at the outdoor displays.

Tank Fest traditionally bring vehicles over from various countries over the world, and this year was no different. But the highlight for me was the World War II Panther, on loan from the collection at the musée des blindés in Saumur (France).

The restoration and transportation across the channel was funded by sponsor World of Tanks – developers of the video game of the same name (that Aaron is now obsessed with 😅). There are actually no running tanks in the UK so this is the first time it’s being seen in the Tank Fest arena.

As I work in international trade, I couldn’t help but think how much work would have gone into obtaining the import licences for each vehicle. 😣

The Tank Museum itself is regarded as the best in the world and home to over 300 vehicles, including the infamous German Tiger II (which can also be seen in the movie ‘Fury’). Along with World War I trench displays, an Afghanistan exhibit and first hand accounts from the people that fought in these vehcicles.

Before sitting down to enjoy the displays mum and I grabbed an ice cream and the picnic from the car, while Aaron and dad explored more of the museum. Which also includes a children’s soft play area, a restaurant, gift shop and a smaller cafe. Don’t worry if you don’t get time to see everything in one day, as your ticket gives you free entry to the museum for a year (excluding event days).

The arena seating area is along a grassy bank (although you can also purchase grandstand seating) so you need to get there early to grab a spot. We had a great view this year and were able to see the tanks entering the arena.

This years displays started off with a parachute jump display by The Lightning Bolts, which I throughougly enjoyed watching. My photos aren’t brilliant though – one of the disadvantages of a sunny day!

Next up, a history lesson, where the tanks entered the arena and we learnt about their history both in war and at the museum itself. The tanks on display ranged from The Cold War to World War II.

The displays usually conclude with a live battle reenacment and this year saw the “Final Reckoning”, where Second World War British, American and Soviet tanks met their German counterparts. The tanks of display included the Panther, a T-34 and Sherman Firefly – the Panther’s key Allied adversaries.

The battle reenactment was fantastic, with pyrotechnics, simulated gun shots and the tanks being driven into position. We’ve already purchased our tickets for next year. 😊

Have you ever been to the Tank Museum? Or Tank Fest? If not, is this something you think you’d enjoy?