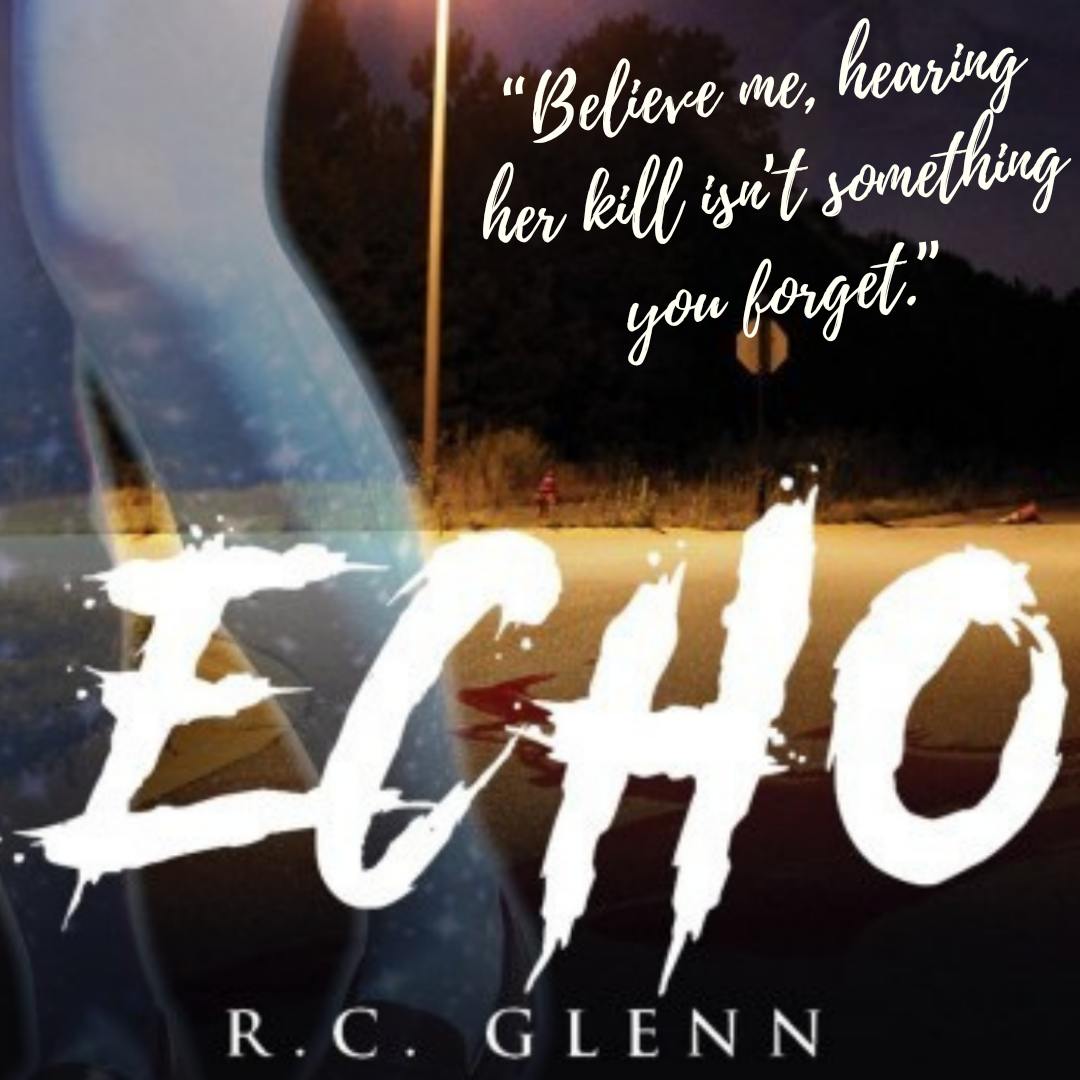 Would you kill for your own survival?

How far would you go to protect somebody you just met?

Is the future inevitable, or can it be changed?

One week is all it took for Chloe to change the lives of Jackson and Allister, two private eyes who thought they had seen it all.

Who is the girl with glowing eyes, and what does she want with Chloe? Will Jackson and Allister be able to stop her?

Echoes of the past and future collide and a young girl’s life hangs in the balance.

The ‘Echo’ E-book was self-published on 26th April 2019 and can be purchased from Amazon or Smash Words.

Echo is a paranormal thriller written by Richard Glenn, about two private investigators, who will go to any length to protect a girl they just met, from something they cannot possibly understand.

Richard has been writing in one form or another since he was a child, but Echo is the first story he has self-published and will be the first of a four part series.

With a busy personal and work life, he wrote the book with a biro pen on a notepad before copying it on his phone. Almost exclusively while travelling to work on the bus or during his lunch break, proving to himself that you can always find time to make a dream a reality.

Born in Birmingham, and having moved around England, Richard finally settled in Leeds, West Yorkshire, where he lives with his family and no pets, whatsoever.

Echo is the kind of book you’ll need to put down and digest after each story arc. It’s a fast paced, suspenseful story with believable, well developed characters. My favourites being Allister and Chloe. 💗

Chloe believes she is being stalked and hires private investigators Jackson and Allister to help her. Pushing both characters out of their comfort zone and thrusting them into a world they couldn’t possibly understand; because Chloe’s right. She does have a stalker, but whomever, (or should that be whatever), is stalking her is something none of them could have prepared for.

Without giving too much away, I particularly enjoyed seeing how the characters (especially Chloe and Allister) developed throughout the story. The book took a path I wasn’t expecting, which was good to see, but there are a couple of loose ends that I’m hoping are covered in book two.

The story itself is imaginative and very well written; with some dark themes (like Jackson’s drinking) amongst the paranormal aspects.

It’s one of those stories that keeps you on your toes; it’s exciting and left me desperately wondering what will happen next after finishing each chapter. Or in some cases paragraph!

I’m looking forward to seeing where Richard brings these characters in the second book, especially after that epilogue! …and the twist. I wasn’t expecting either of those.

I’d like to thank Richard again for sending me his E-book to read.

What are your favourite book genres? Would Echo be something you’d enjoy reading?

* A free copy of this book was sent to me for review but all thoughts and opinions are my own.