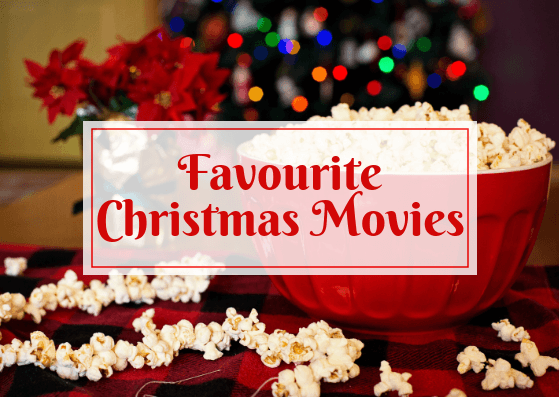 Advent is in two days(!) and what better way to start off the Christmas period than by watching a Christmas movie? 🎅 My dad and I have a tradition that the first Christmas movie we watch is The Muppets Christmas Carol so that’s what I’ll be doing on December 1st. We have a sing-a-long session and it gets me in to the Christmas spirit.

After that first movie most of my evenings in will be spent cuddled up on the sofa watching something Christmas-y. Think blankets, a mug of hot chocolate, some fuzzy socks and for that real cinema feel, try the 4k HDR TV Panasonic,* because what’s better than creating cinema magic in the comfort of your own home?

[Struggling to choose a movie to watch? Check out my easy decision method here]

As I mentioned above, this is the first Christmas movie we watch every December. We grab some snacks, usually savoury, and have a sing-a-long to this Muppet adaptation of A Christmas Carol.

Michael Cain is perfect in his role as Scrooge and I love how the rest of the cast are made up of classic Muppets characters. Like Kermit the Frog playing Bob Cratchett.

Watching Macaulay Culkin take on the wet bandits every year is a must in our house! Although I do find it hard to chose a favourite – the second has definitely fueled my love of New York though, so I’ll say number two! But which is your favourite?

Whichever one you chose they both have the makings of the ultimate family Christmas movie. From the slap stick humour to the cast and the Christmas soundtrack, there’s something for everyone.

Continuing the comedy theme is The Grinch and Jim Carrey’s wonderful portrayal of him. I think he captures the character perfectly.

The story has some great messages behind it. Reminding us that while many are jolly around the holidays, some aren’t, and that Christmas is about more than presents.

Starring the late Richard Attenborough and Matilda herself Maria Wilson, this is a feel good movie that will have you believing in Santa.

I first saw this particular Christmas movie with my mum (for a work event) at the cinema, so it’s one we typically watch together.

I love the Christmas tale. How the movie makes you believe in Santa again and the magic of Christmas. Also that it was our works Christmas party activity.

A feel good movie about one elf’s journey to find out where he belongs. Which I think is something we can all relate to, right?

Elf is packed full of comedy and heart warming moments, capturing the magic of Christmas. My dad has yet to watch it shedding a tear at the end.

Probably my earliest memory of Christmas is watching this movie with my parents. It’s a great take on the Santa Clause story and I enjoy that Santa is donning a classic green coat at the start of the film.

The movie follows one of Santa’s elves (Patch) Elf who moves to the big city to make toys of his own. He ends up being lured by the head of a corrupt toy company and unknown to him creates explosive treats for children!

Along with mild threat, the movie also deals with themes such as greed and poverty.

What(!?), I hear you shouting. A slightly alternative pick, but a film I’ve grown up watching during the Christmas period. Set during the Winter season Jack Torrance has been given the job as caretaker of the Overlook Hotel.

Jack Nicholson, in my opinion, is superb in the roll. I get engrossed in the movie and how his character slowly descends into madness brought on by cabin fever. Acting aside, the movie is suspenseful and the snow scenes are beautifully filmed.

In all honesty, I have so many Christmas movie favourites and it was so hard to narrow it down to a handful. Special mentions should go out to Tim Allen’s Santa Clause trilogy, Nativity and Love Actually.

What about Christmas TV?

As a geeky girl, I can’t go without mentioning Buffy the Vampire Slayer or Doctor Who!

I always re-watch the Buffy the Vampire Slayer episode Amends this time of year. Featuring the first and only snowfall to hit Sunnydale California, along with the introduction of “The First” evil.

Since we’re talking about tv shows, it would be rude not to mention the Doctor’s Christmas shenanigans. It’s a tradition in our house that we sit down on Christmas Day to watch the latest Christmas special, although it’s scheduled for the New Year this season. 😢

What films or tv shows will you be watching over Christmas? Have I mentioned one of your favourites here? Let me know in the comments. 😊