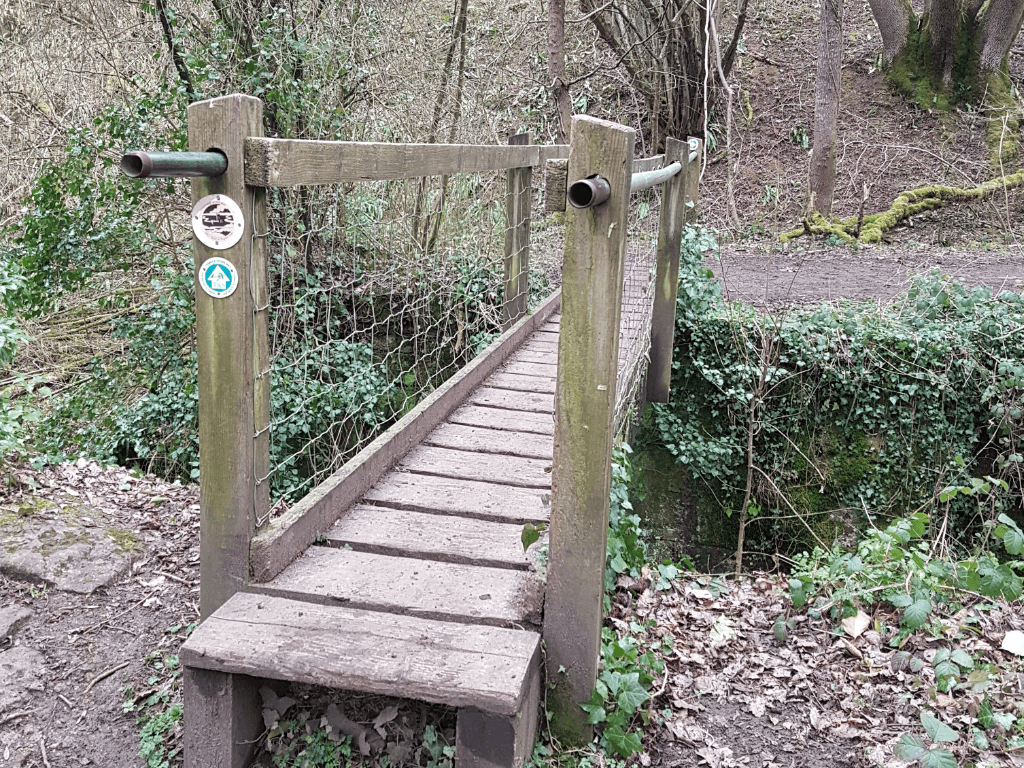 There’s nothing I love more than a long walk in the countryside; I find it’s a great way for me to clear my mind while getting some excercise. I’ve already been on a hike this year and for plenty of walks around Arboretums and gardens, which is something I hope to do more of as the weather gets warmer.

Thankfully Aaron shares my love of nature walks, so last weekend we decided to walk part of the Thames and Severn Canal Path, near Sapperton, which is a route I have walked countless times before. We used to go blackberry picking along the canal path when we were children and I enjoy seeing how things have changed walking around the area as an adult.

Admittedly it’s been a few years since my last walk there so I was looking forward to it, especially considering Aaron has never been along the canal path, and the added bonus of being able to spend some time with my mum too; who we invited to come along for the walk with us.

The Thames and Severn canal can be found in Gloucestershire, in the south of England and was conceived as part of a canal route from Bristol to London. It connects to the River Thames at Inglesham Lock near Lechlade and to the River Severn at Wallbridge near Stroud. Now personally I’ve only seen a small part of the canal path but it’s a part that’s full of history and wildlife.

The path we walked starts at The Viaduct in Frampton Mansell and goes along to the Sapperton Tunnel through Siccaridge Wood. The Sapperton tunnel was the longest canal tunnel in Britain, when it was built and remains one of the longest today. I always enjoy these walks with my mum as she is very knowledgeable about this section of the canal.

She was telling us stories of when the Sappeton tunnel collapsed and how it became blocked by fallen rocks. How the locks were used, where they used to swim as children and even a story about a canal battle, although I’m not sure of the authenticity on the last one! 😅

The area along the canal path is home to a range of wildlife and fauna, and one of the central sections (Siccarige Wood) is a nature reserve, maintained by the Gloucestershire Wildlife Trust.

The wood itself includes ash, silver birch and beech trees, with bluebells covering the woodland floor during the Spring months. But honestly, it’s colourful at any time of year, and if you look closely at the banks you can catch a glimpse of springs running down them. Which sounds so tranquil – there is very little noise in the area besides the occasional train.

The reserve is home to butterflies, birds, wood ants and the occasional adder; as well as supporting the dormouse population under the National Dormouse Monitoring Scheme.

Sadly we didn’t get to see any wildlife this time (unless you count Pokemon lol) but did hear the birds chirping away.

Fun fact: There are three(!) pubs you could visit on this walk… and about four Pokemon Go stops. 😉

The canal path itself is reasonably easy to walk but can get very muddy so bring appropriate footwear. Also, please be careful if you’re walking with children or dogs. Some of the disused locks are in poor condition and there are sheer drops in places along the route!

One of the disused locks.

Do you enjoy walks in the countryside? What are some of your favourite places? Let me know in the comments. 😊