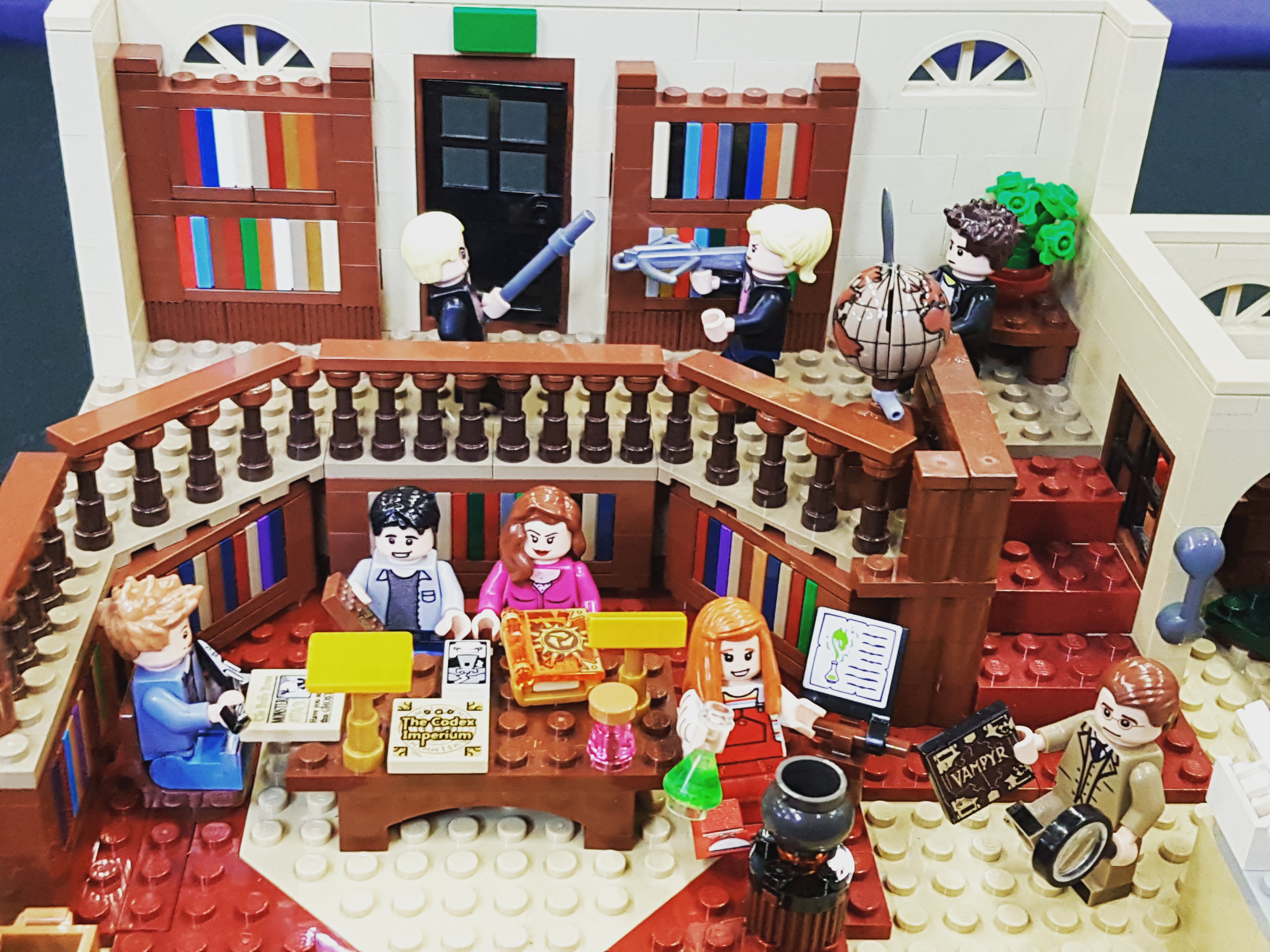 This weekend my family and I attended the Great Western brick show at the Steam Museum, Swindon. It’s a Lego show but you’ll find no kits on display here (albeit plenty in the dealers room 😉 ). All the Lego displays are customs! Some big, some small but all very impressive.

The great thing about the Great Western brick show is the location. It’s in a steam railway museum and you get to tour the museum as you find your way to the different Lego displays, there’s also a great on site cafe selling hot and cold food and, cupcakes! I can’t say no to a cupcake so picked one up.

I also picked up a new pressed penny for my collection.

This year’s brick show showcased a replica of Westminster Abbey, it was very detailed. The same designer made a replica of Manchester station last year.

There was also a huge Lego battle display in the centre of the room. It had so much detail, I tried to photograph it as best I could with the crowds of people around me – it reminded me of Game of Thrones.

Some designs on show are part of the ‘Lego Ideas’ website where designers can showcase their designs to Lego and any with 10,000 public votes are considered by Lego to be made into an official kit. My favourite was Andy’s room from Toy Story which I’ve voted for through the website.

There are many dealers at the show including the official Lego store showcasing the latest kits but also dealers selling some rare and retired kits. I saw Diagon Alley from Harry Potter selling for £425 (!) and we snapped up the Ant-Man and Anthony kit, which has been on my wish list for a while, for £45.

Mum picked my sister and I up a couple of gifts, a Lego themed coaster and paint your own mini figure kit for her and a Halloween Lego display kit for me. It’s going to be built and up on my sideboard for the Halloween period. 🎃👻

Below are some of my other favourites from the show.

Have you ever been to a Lego show? What do you think of the custom displays?

Little #throwback to our trip to Longleat Safari P

Cherry tree blossoms starting to pop up in our bac

Nestled away in the hillside of Gloucestershire is