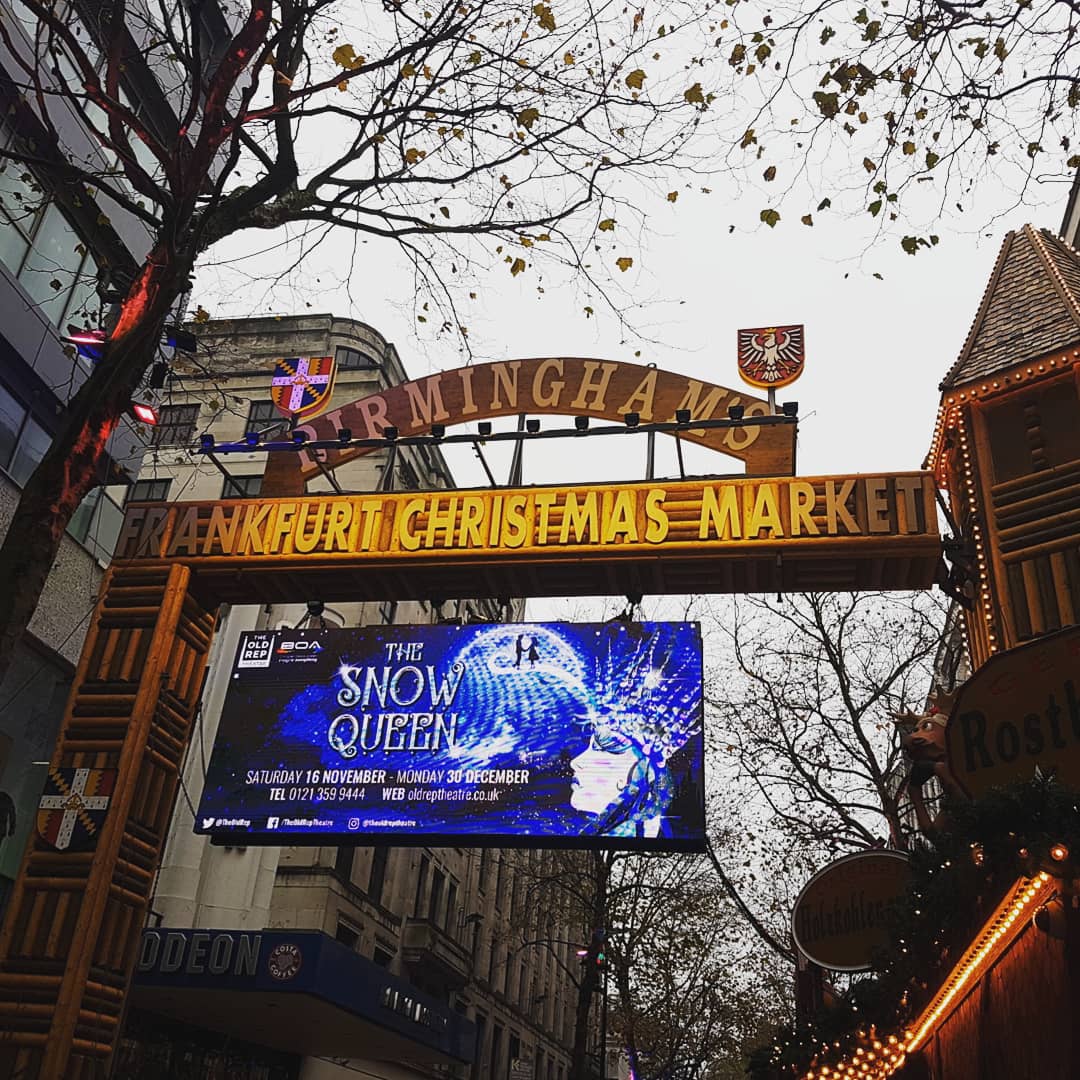 A Christmas Weekend in Birmingham *

AD, Gifted | This past weekend Aaron and I popped to Birmingham for an early birthday treat. I had booked us tickets to see Scouting for Girls for his birthday, which are one of his favourite bands, and we decided to make a weekend of it.

National Express* kindly gifted us two return tickets on one of their coaches for our trip. For those that aren’t familiar with them, National Express is the largest operator of scheduled coach services in the UK, with transport links to more than 750 destinations. Including major cities like London, Birmingham and Cardiff.

One of the best things about National Express is their on board facilities. All of their coaches are fitted with plug or USB ports, toilet facilities and, of course seat belts. Along with free Wi-fi (I actually started this post on my journey home!).

We had a comfortable journey although the seats were a little tall for me! I didn’t quiet fit on the headrest properly, so if you’re on the petite side a neck pillow would be a good shout. I used Aaron’s shoulder and slept most of the way there. 😅

A Weekend in Birmingham

We arrived in Birmingham late Saturday morning and headed to the BullRing for some breakfast. Which was a short walk from the coach station. Having been to Victoria Coach station in London before, I thought the Birmingham one seemed more modern, the facilities were certainly much better.

There were so many different food outlets to choose from at the Bullring, but we ultimately decided on a couple of savoury and sweet snacks from Greggs, as we’d be eating out again later that evening. The BullRing itself had many highstreet stores, along with a large food selection in Selfridges and, the world’s largest Primark nearby… We had to queue to get in!

Both Primark and the large Waterstones book store next door were very busy, and had a great range of items. It was a nice change from the smaller stores I’m used to. We enjoyed looking around them before heading to Birmingham’s Christmas market, which I was very much looking forward to.

Birmingham Christmas market is the largest authentic German market outside of Germany itself, and it did not disappoint.

The market was full of German food stands, drinks stands, and a few Christmas gift stalls too. However, it was smaller than I expected it to be. I’d seen photos of it online and thought it was much larger. But we still had a great time wandering through it.

One of the things I love about larger cities in the UK is a lot of the museums are free, and this was the same for the Birmingham Museum. Which is home to a wide range of exhibits, including the history of Birmingham and an extensive art gallery. We enjoyed walking around the museum and I snapped a few photos of this beautiful grand piano.

We headed to our hotel, The Copthrone, to check in and get ready for The Scouting for Girls concert later that evening. Along our way we stumbled upon Birmingham’s big wheel and ice skating, which we decided to have a ride on first thing Sunday morning.

The hotel was in a great location, about a ten – fifteen minute walk from the Bullring, 02 Academy and Sea Life Centre. As well as having one of the comfiest beds I’ve ever slept on! Aaron agreed, and neither of us really wanted to leave.

We decided to have dinner at Zizzi, an Italian restaurant, before heading to the concert. They always have a great range of dairy free options – especially desserts. The restaurant was near the canal path too which offered lovely views while we ate.

I’d seen Scouting for Girls play live a few years ago at Weston-Super-Mare on the beach, so I knew they’d put on a great show. They didn’t disappoint and played a great mix of their hits, including Heartbeat, She’s so Lovely, and Elvis isn’t Dead. We had a lot of fun dancing and singing along. 🎶

We only had a few hours in Birmingham Sunday morning before our return coach, so used it wisely. We got up early and decided to ride on Birmingham’s big wheel, which is becoming a bit of a tradition for us. Having rode the big wheels in London, Bristol and Liverpool before. This one was the coldest so far, so wrap up warm if you decide to go on it!

We walked back towards the coach station and popped into Five Guys for lunch before heading home… Which is also becoming a tradition for us. 😅

Have you ever been to Birmingham? What are some of your favourite things to do? Let me know in the comments. 😊