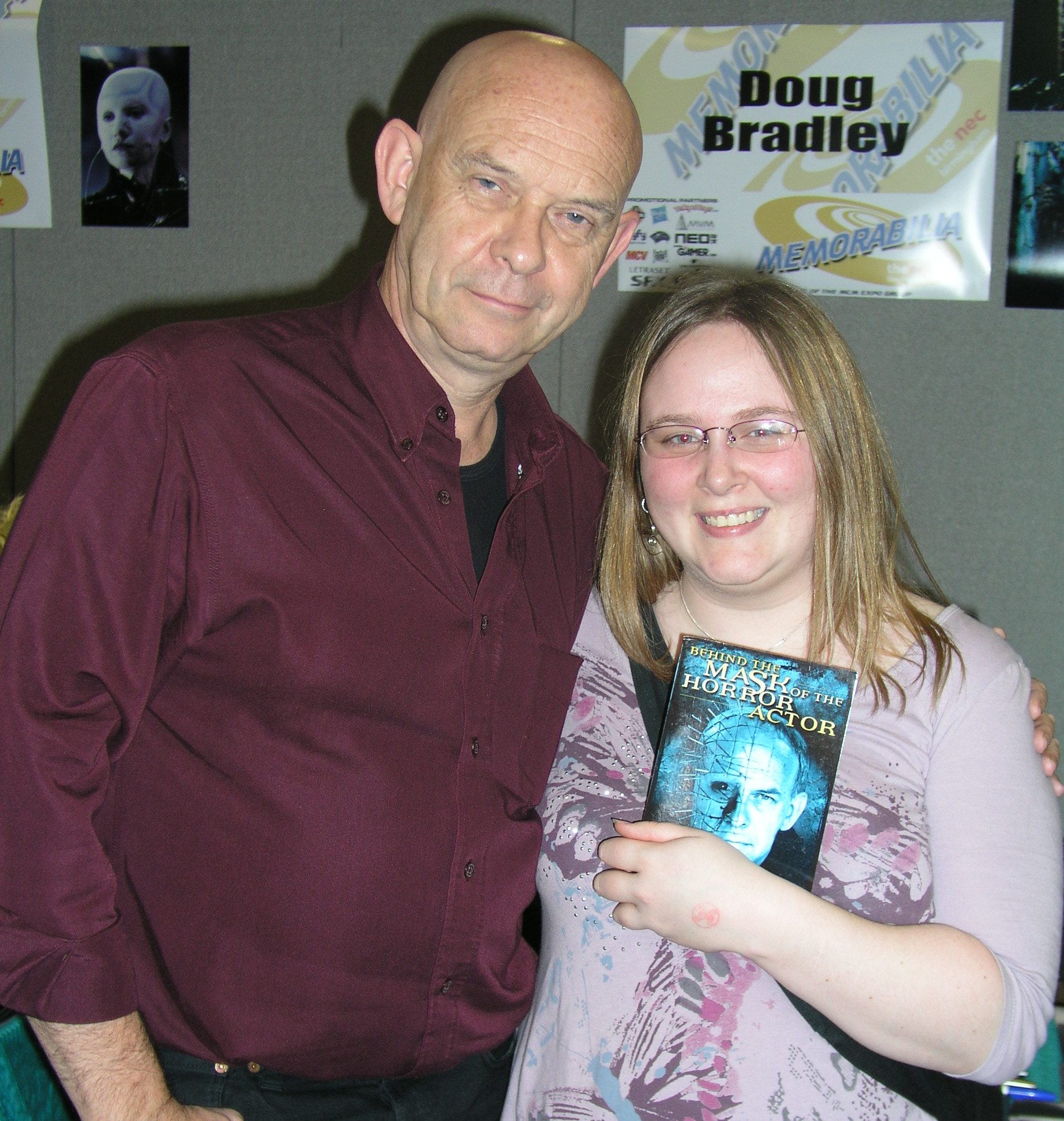 Yesterday was the Winter Memorabilia Show at the Birmingham NEC. A comic convention covering multiple fandoms, with celebrity guests, talks, photo ops, a large dealers room and so much more. It’s held twice a year (in March and November) and this marks my third time attending a Memorabilia event.

The Winter Memorabilia Show is always one of the highlights of the convention calendar for me and a great way to finish our year. Like usual we arrived at the show at around 8:15 in the morning and headed straight to the ‘pre-paid’ queue. I think it’s always worth getting to the Memorabilia show a little earlier than the opening time (typically 9 am for “early bird”), as there will often be a large queue already forming at the entry point. Getting there a little earlier will give you a better chance to see the guests you want to meet, or track down any memorabilia you’re looking for before the halls get too busy.

I usually go to comic con to meet actors and actresses I admire and add to my autograph collection. This show was no different. I also picked up some merchandise including a commissioned photo album by Phoenix copper art – it’s stunning! If you’re ever in need for a scrapbook or wedding guest album, take a look at his website or Facebook page.

Although my plan was to spend my pennies on autographs (and the photo album), I ended up spending money on the hundreds of stalls in the dealers’ room as well. They were selling a wide range of sci-fi items and collectables. I came away with some Buffy the Vampire Slayer collectables, Doug Bradley’s book (which he autographed), a few prints and a couple of canvases.

If you’re thinking of buying merchandise at a convention then the Memorabilia show has the greatest selection, in my opinion. And my dad agrees with me here. We never come home empty-handed and always find some rare or obscure items here, like resin model kits.

For the majority of the guests you simply walk up to their table or join the back of the queue (if there is one), but some require a “smiley” ticket to enter the guest signing area first. Which can be bought from the information desk – usually found near the entrance to the signing area. It’s worth mentioning that most guests will charge for their autograph and some also charge for selfies (or ask for a charity donation).

The guests I met at this show were lovely. Each one took the time to chat to me, personalised my autograph and posed for a photo with me. For those that haven’t been to a comic con before, a personalised autograph means they wrote “to Kim” or a quotation from their character.

These are the guests I met (in order) along with the TV show or movie I most associate them with.

As well as the autograph sessions and dealers room we also took some time out to visit the cosplay area. Where I had my photo taken with some Gryffindor cosplayers and Lord Voldemort. So it’s always worth a look – you never know what characters you’ll see there.

Overall we had a great, but very tiring day at the Memorabilia show. Although my bank account now hates me now! Luckily I get paid on the 25th, just in time for The Entertainment Media Show and Collectormania London where I’m hoping to meet Doctor Who‘s Sylvester McCoy and Stargate‘s Christopher Judge.

Have you been to the Memorabilia show? Or a similar comic convention? If not, would you like to? Let me know in the comments. 🙂