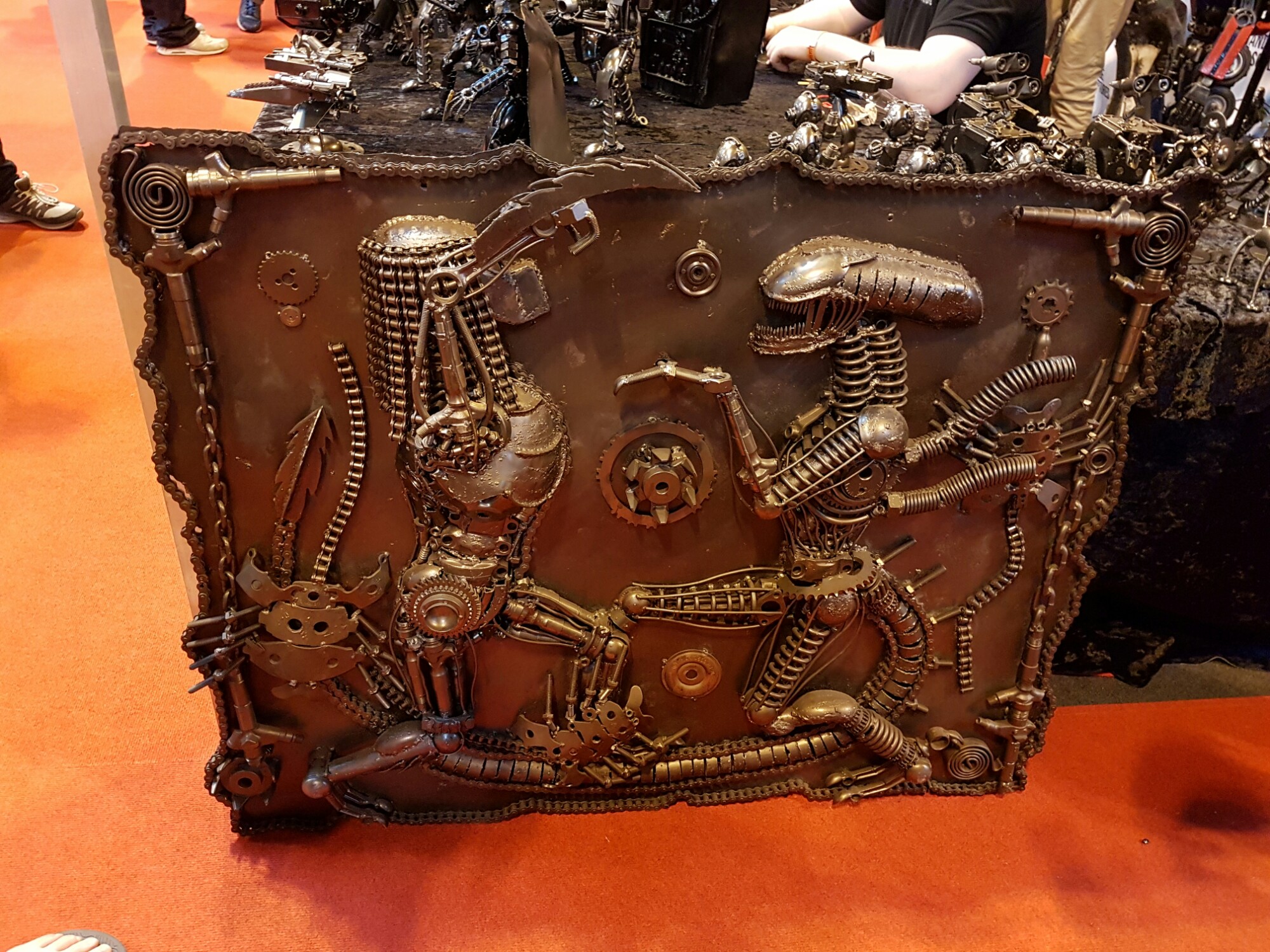 This weekend was MCM Birmingham which is held in the National Exhibition Centre (NEC). We’ve been going to this convention since 2009 when it was the Memorabilia show! It was my 2nd ever convention back then and now the start of the convention year for me.

We drove up to Birmingham early Saturday morning (about 6am) and arrived at the NEC just after 8am. With our priority entry tickets we could enter at 9am but there was already a large queue forming when we got there. We passed the time chatting and taking a couple of selfies.

Usually there’s a bunch of actors and actresses I want to meet at conventions but didn’t meet anyone this time around. The two I would have met I’d already seen a couple of times previously and had nothing new for them to sign. 🙁 They did have the original Starsky and Hutch (David Soul & Paul Michael Glaser) and Huggy Bear (Antonio Fargas) attending which I thought was very cool. As well as autograph sessions and photoshoots they were offering drives around the NEC with Starsky and Hutch (in the car from the show) for a fee. Amazing if you’re a fan of show! I hope they do more things like that in future.

We spent our day looking at the stalls, artists section, movie vehicles and impressive cosplays.

I got my photo taken with a great Negan (The Walking Dead) lookalike and Red Skull from the Marvel comics. We also saw an Austin Powers group, Captain Jack Sparrow, and Freddie Mercury and Harvey Quinn who were performing a duet of Bohemian Rapsody.

As always we ‘stuffed’ ourselves with some lovely cupcakes from Emerald City Cupcakes. Haha. >.< Dad brought home a bunch of flapjacks (by the same company) for the drive home.

What I love most about this show is The Steampunk Emporium which is something my dad’s into; he bought a top hat and steampunk accessories for it today. Our plan is to wear steampunk attire at one of the comic con conventions we go to in the future. I’m thinking this steampunk skeleton dress would be perfect for me, especially considering my metal allergy!

The steampunk displays are unique and I love seeing what’s new each year… Here are some of my favourites.

I don’t realise how much I miss conventions over the Winter (generally our last one is in November and it’s a long wait until March) until I’m back. I love the atmosphere and everyone is so friendly.