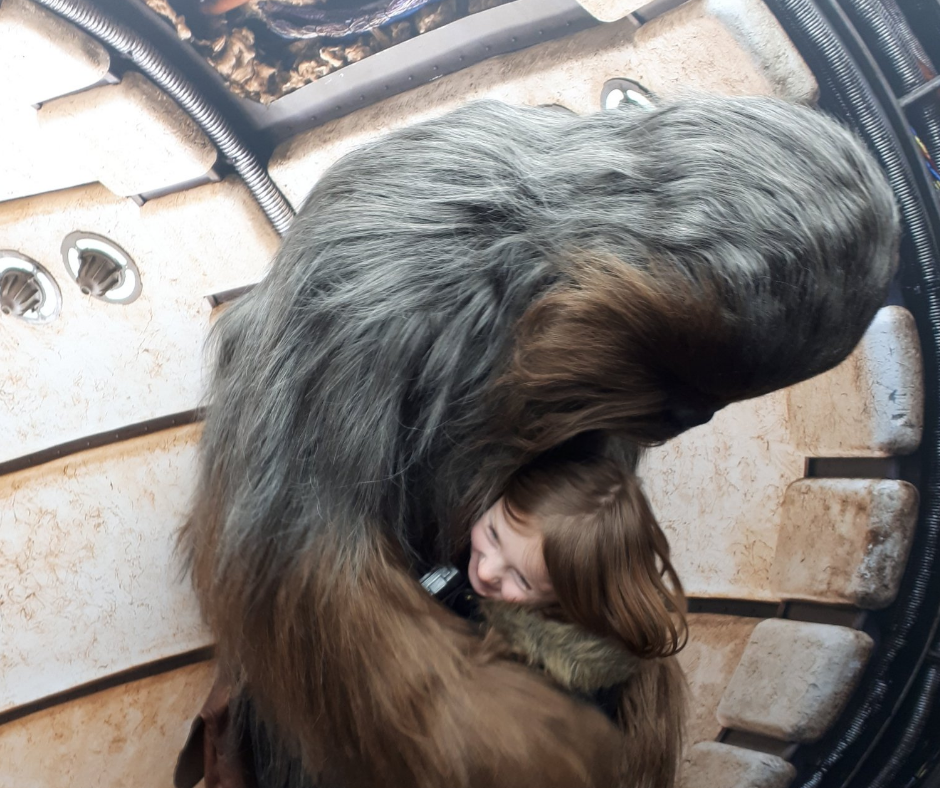 Having recently visited Disneyland Paris myself for their Marvel season (for my sister’s hen weekend) I was excited when Summer and Ruby contacted me sharing their time at the park during it’s Star Wars season earlier this year. It’s one of my favourite fandoms and I’ll admit I’m a little jealous!

Our blog Hemingway Sisters is about us 2 girls, Summer and Ruby, living our life and exploring. We love Unicorns, pretty things, squishies and also travelling and exploring.

We recently went to Disneyland Paris for a few days so we would love to tell you all about our trip and what we enjoyed.

So we went by car to Disneyland and then by Ferry over to Calais. On the boat once we had eaten there was a video arcade part where we went on the dance mats, played on the motorbikes and just had a little fun on the 90 minute journey. The food on the boat was yummy, we had bangers and mash followed by tasty ice cream.
When we arrived at Disneyland our hotel looked massive, it was called the Newport Bay and even the shower gels had Mickey Mouse heads. There was a swimming pool also at the hotel so mummy took us for a swim then afterwards we had hot chocolate sat in bed and did our activity books and read our stories.

On the first day we went on so many rides. Our favourite rides were ‘It’s a small World’ which is a little boat you sit on and there is so much to look at we had to go on a few times. It has scenes from all over the world and is so beautiful to look at. We saw Big Ben and the London Bridge and in the America part there was beautiful glitter and a nice wheel.
Later that day we watched the fireworks and the images projected on the castle at the close of the park and we went to eat our evening meal at Planet Hollywood. Ruby ate a massive hot dog and chips and the restaurant walls were filled with Movie and film memorabilia.
The next day we went to Disney Studios and enjoyed the Armaggedeon special effects show, the Motor Action show which includes Lightning Mcqueen and also the Toy Story part with the slinky the dog ride. There are so many rides to get on but you need to use the magic hour you get in the morning when staying in the hotels. You also need to use the Lineberty app for the queues to do the meet and greets as otherwise you spend a lot of time queuing even in February. In the evening we stayed in the Studios park and watched the Star wars show and fireworks, it was brilliant, not as pretty as the Princess Castle show though.
We met a few characters in the park and also queued 1 hour to see Mickey Mouse, we queued to see Chewbacca and also Darth Vader as it was star wars season when we went. There were also other 4D rides, Toy Story Buzz lightyear ride and the Ratatouille 3D ride which is brilliant and makes you feel like you are a little mouse running round a kitchen.

We had 5 days in the park and managed to go on all the rides, however a few were closed during our stay. We feel it was enough time to do everything and we had a fabulous time.