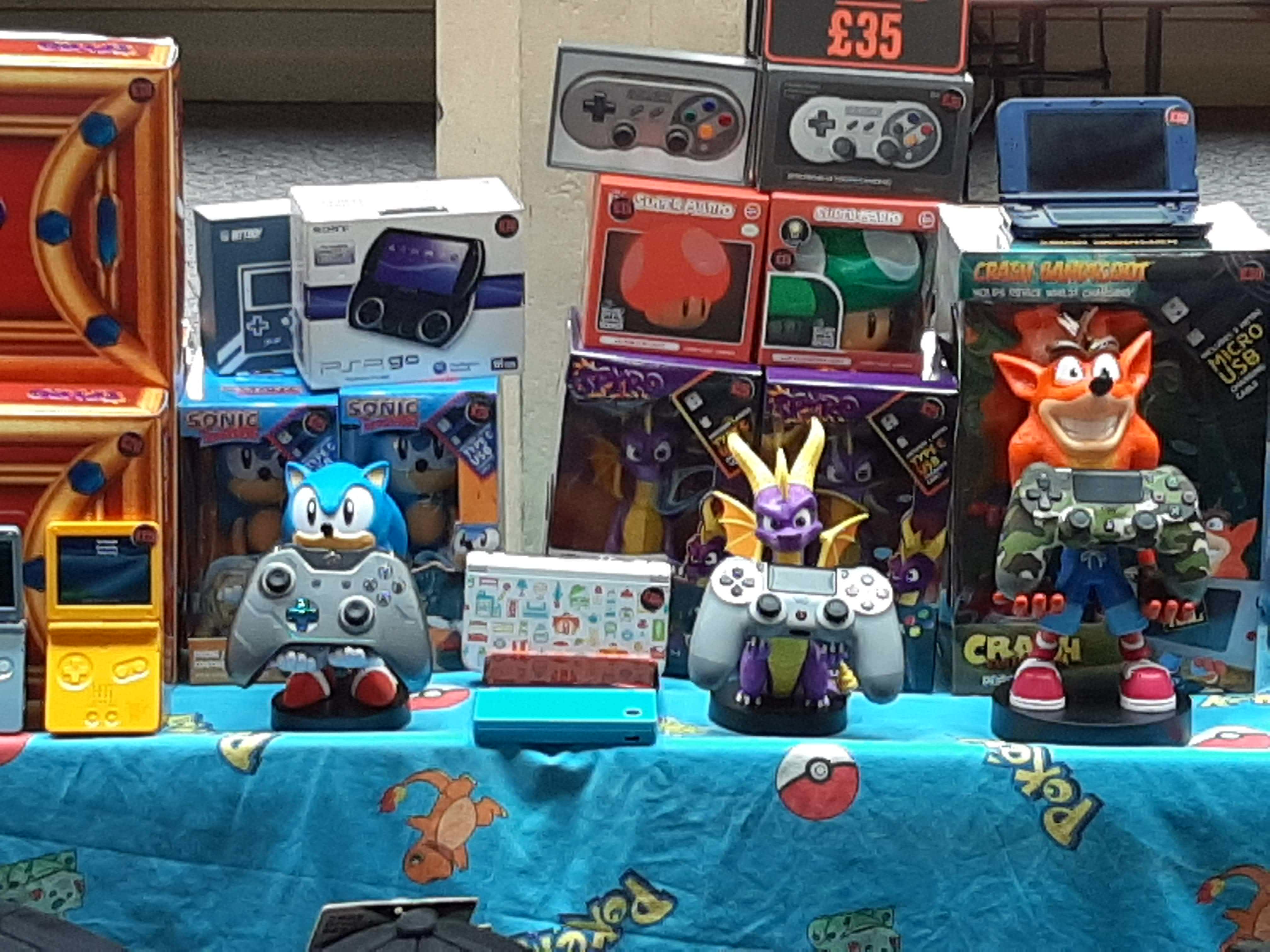 AD, Gifted| A few week’s ago Aaron and I were invited to the Bristol Gaming Market*, held in Bristol City Centre. The market is in its 2nd year and saw over 2000 attendees last year, so as lovers of all things gaming, we jumped at the opportunity.

The Bristol Gaming Market is ideally located at The Passenger Shed, which is right on the doorstep of Bristol Temple Meads train station, making
it ideal for those using public transport. Although, as we are only an hour away by car we opted to drive, and parked near Brisol Aquarium (about a 15 minute walk away).

It took us a few attempts to find The Passenger Shed (having never been there before), and I think the market could have done with better signposting. If only for those that aren’t too familiar with the area.

What to expect at the Bristol Gaming Market

Once inside we were greeted by the two sales staff who scanned our tickets and gave us a hand stamp. The hand stamp entitled you to re-entry throughout the day, which was ideal when
we ran out of cash(!) and needed to use the cash machine within the train station. Another reason The Passenger Shed was a great location for the event.

Inside the market were tables and tables of gaming related items including retro games, computers,
consoles, handhelds, artwork, apparel, import games, arcade machines, merchandise (like these controller holders), and so much more. It really was a gamers parasdise.

Why is Sonic holding an Xbox controller?!

Tickets* to the gaming market this year were a bargain at just £2 for 12pm entry, or £5 for early bird at 11am. If you’re thinking of bringing children, under 16s can enter for free when accompanied by a paying adult. So it has the makings of the perfect day out in Bristol City Centre. Of course the majority of the attendees were male but we also saw mamy families there, along with solo females, which was great to see.

While walking around the stalls we were hit with a wave of nostalgia as we stumbled upon games we played when we were younger, like Altered Beast for the Sega Mega Drive, Pokémon Yellow for the Gameboy, and even the Buffy game for the Xbox.

Adding to our collection

Aaron had his heart set on a new retro console and ultimately decided on the N64. This was after I mentioned how much I loved my Pikachu one when I was little – long story short my sister sold it for 50p at a car boot sale when we were kids!

Luckily for us there were plenty to choose from ranging between £45 to £100, depending on the amount of memory and whether they came boxed or not. Although we didn’t find a Pikachu one we did manage to snap up a grey one and a couple of controllers for £40(!), after a bit of haggling.

I can’t wait to dig out my old N64 games and play Pokémon Snap! again. 💗

Have you ever been to a gaming market? What’s your favourite video game or console? Let me know in the comments.