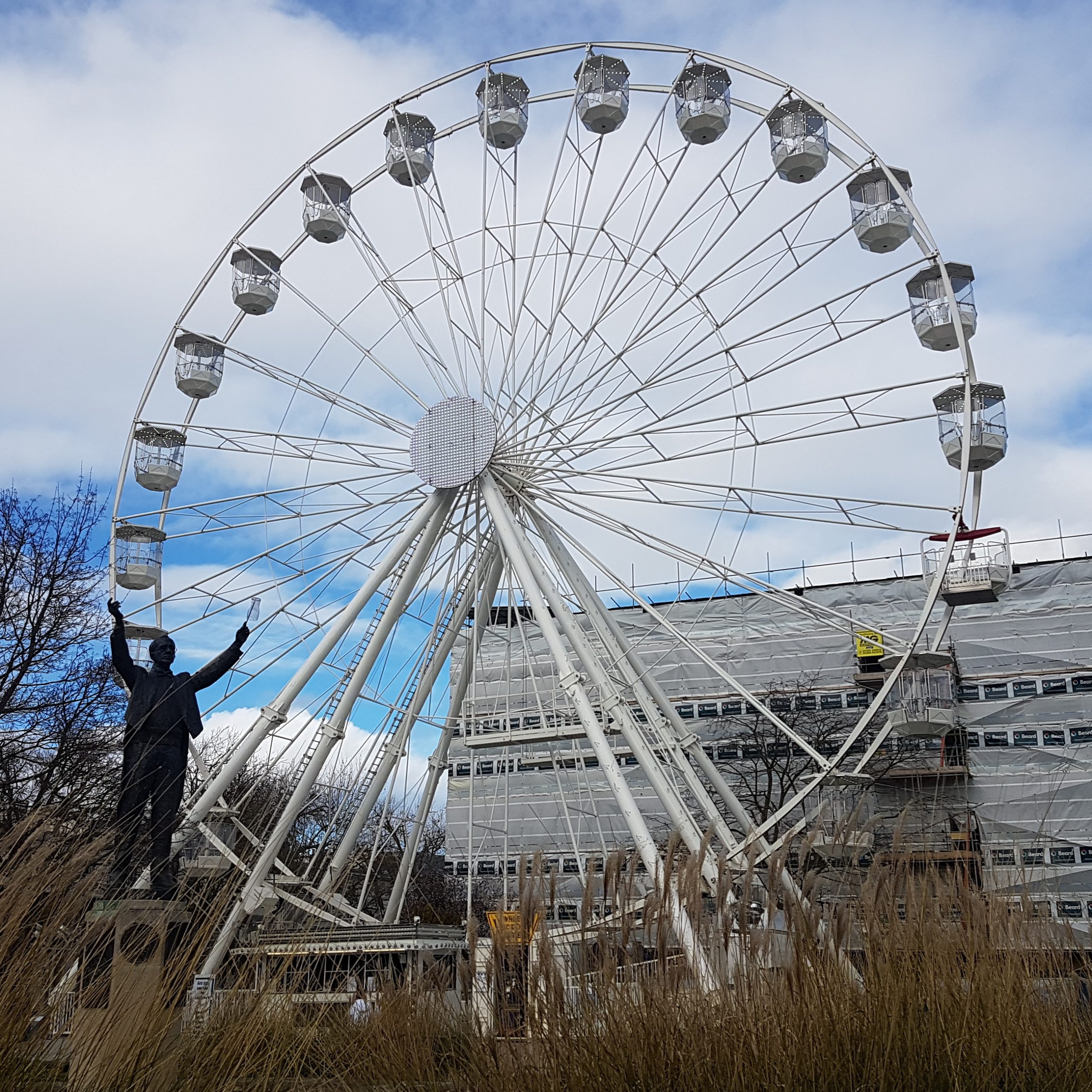 AD, Gifted | Cheltenham is one of my favourite towns to visit in the Gloucestershire area. The town itself is home to some stunning Georgian architecture, lovely parks, an array of shopping streets and more than 25 different events and festivals held throughout the year. So you’re never short of things to do. And with its close proximity to the Cotswolds, it’s also perfect for those visiting the area.

But while you may have heard of its more famous festivals such as the Cheltenham literature festival, which just so happens to be the world’s longest-running literary festival. Or The Cheltenham Festival – which includes the legendary Gold Cup. You may not have heard of the lesser-known Light Up Cheltenham *, which sees the streets of Cheltenham lit up in celebration of the town’s history.

Over three weeks in February ‘Light Up Cheltenham’ saw 30 buildings in the town centre lit up in bright colours. And I must admit it made everything look very pretty indeed. But the main draw for me was the observation Ferris wheel which gave wonderful birdseye views of the town centre.

As well as the observation wheel, there were also guided and self-guided tours* on offer, and a street theatre on opening night. Which sadly I wasn’t able to make it to this year. 🙁 But having seen the photos on Instagram it looks amazing! And I’m hoping they hold the event again next year so I can check it out.

The 35m observation wheel was situated in Imperial Gardens, which is one of Cheltenham’s many beautiful parklands. It provided a birds-eye view of the town including floodlit buildings such as The Queen’s Hotel, The Town Hall, No. 131 The Promenade, and a terrace of ornate Regency buildings.

If you’ve been following me on Instagram you’ll know that Aaron and I are suckers for a Ferris wheel. And enjoy seeing city views from high in the sky, so this was a must for us. Although the wet and windy weather nearly put us off!

The views were definitely worth it though. We could see the vast countryside surrounding Cheltenham as well as many of its famous landmarks – although we quickly found that there aren’t that many tall buildings in Cheltenham.

I also discovered it’s difficult to take photos sat down in a Ferris wheel. 😅 – I wasn’t sure whether to post these!

Costing £6 per adult and £5 per child it was very reasonable, and the ride was longer than other Ferris wheels I’ve travelled on before. We rotated three times and stopped at the top once as well. Thankfully the pods were covered from the rain so we were somewhat sheltered from the elements. The wind did rock our pod a bit though!

While we were in Cheltenham we decided to take advantage of our time there by going for breakfast in the Revival Café and a bit of shopping in its Regent Arcade. But the rainy weather put us off exploring the gardens – we’re hoping to pop back again when the weather brightens up a little.

Have you heard of Light Up Cheltenham? Or visited Cheltenham before? Let me know in the comments.